The NBA All-Star Weekend is here, and the world's top basketball league is getting ready for the 2021 star-studded game that pools together the teams headed by LeBron James and Kevin Durant.

However, the event also transcends to "NBA 2K21," which features the same players in a new All-Star Player Rating, as tweaks were made to match the current stats. 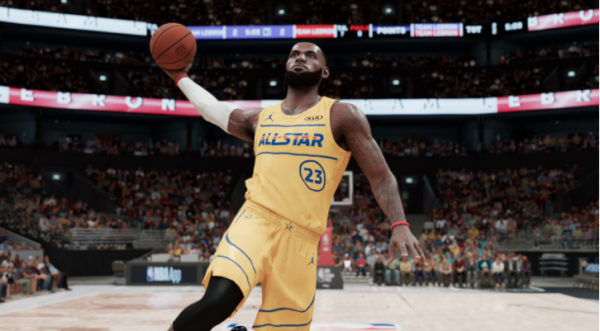 The top rankers in the latest "NBA 2K21" update are LeBron James, Luka Doncic, Joel Embiid and Nikola Jocic, who are also known as big-time players in the NBA.

Aside from the update debuting several tweaks on the overall rating, it will also bring massive changes to the way a player handles and plays while on the court. The development team at Visual Concept made the All-Star update interesting, as it also brings a near approximation of the real-life NBA players to the game.

According to NBA 2K via Twitter (@NBA2K), the roster update is now live ahead of the NBA All-Star Weekend on March 7 in Atlanta. The gaming team has adjusted stats based on the NBA performance of these athletes and tweaked them in time for the biggest annual event of the league.

The top spot remains for Los Angeles Lakers superstar LeBron James with an overall stats score of 97, the highest among any other All-Star in "NBA 2K21." Another top ranker is Dallas Mavericks Slovenian point guard Luka Doncic, who climbed his way with 93 overall ratings.

Two of the NBA's highest-rated big men in the league, Joel Embiid and Nikola Jokic, have both received a massive 95 in their overall stats in the game, which is also the highest leap in stats for this update. The career and performance of the two forwards and centers (alternating) in the NBA have been given recognition by their virtual counterparts.

However, as much as there were massive stat improvements for All-Star players in the league, "2K21" has also subtracted some points from known players such as Bradley Beal, Jimmy Butler and Kyrie Irving. According to NBA 2K Sports, the changes are all based on their performance reviews throughout the first half of the 2020-21 season of the league.

Of course these stats will be updated as the NBA season resums on March 10. For now, however, gamers can enjoy their favorite players with new and improved ratings.