"Valheim" is becoming more popular than ever. This survival game also has some features that are found in other building games such as "Minecraft." Now, a player has successfully built the popular tourist spot Eiffel Tower in the game. 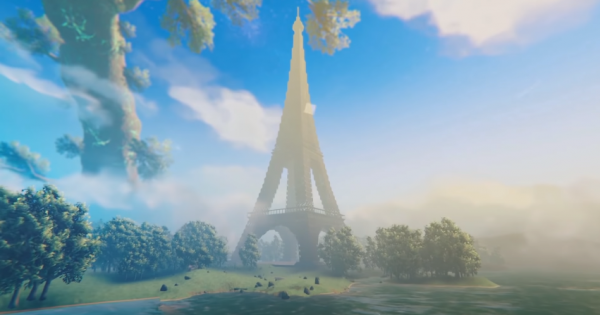 (Photo : Screenshot from YouTube account of Vot Te Game)
'Valheim' Eiffel Tower Guide: Materials You Need and Where to Find Them

The survival-RPG game, developed by Iron Gate, is becoming not only a hardcore survival title, but also an avenue where players can show their creative sides. The YouTube account Vot Te Game published a video, showing how he was able to create the popular Paris landmark on a 1:1 scale.

According to VG247's latest report, the huge "Valheim" structure took around two weeks to complete. The player explained that the Eiffel tower replica used more than 40,000 blocks. Since it is a big structure, making the Eiffel tower drastically slowed the performance of the player's PC. He said that the last five stages of construction were only running at around 5fps (frames-per-second).

How to Build the Massive Eiffel Tower

If you don't have time to build it yourself, you can just download the whole project by clicking this link. Once you installed it, all you need to do is transfer it to the "C:\Users[UserName]\AppData\LocalLow\IronGate\Valheim\worlds" folder of your desktop so that your computer can access it once you boot the game up. 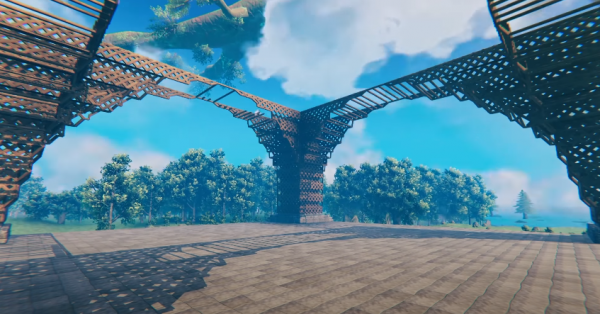 (Photo : Screenshot from YouTube account of Vot Te Game)
'Valheim' Eiffel Tower Guide: Materials You Need and Where to Find Them

Read Also: 'Valheim': Here's How to Kill The Elder of The Black Forest [Guide]

On the other hand, if you are planning to have your own version, PC Gamer explained that you need to install "Valheim" creative mode cheats. Why? Because these will let you fly around in the game and build with unlimited resources. These mods are very important since the normal version of the survival game has many limitations to keep its realistic-ambiance.

You can try the "Valheim" mod called Forever Build. This will allow you to create very tall structures without running into certain structural issues. However, you still need to make efforts before you can finish the popular Eiffel tower replica.

Where to Get the Materials and Where to Find Them

Once you installed the required mod of the game, you need to find iron since it is one of the most versatile resources in "Valheim." You can use it to craft various items such as weapon sets and armors.