"Fortnite" Chapter 2 Season 6 introduces weeks of challenges, quests and new weapons. The Mechanical Bow is one of the newly released weapons and something players should look forward to.

First, however, you'll need to craft one of your own.

The extraordinary is in what we do, not who we are.

Level up the Pass to unlock an additional style for Lara and complete Weekly Challenges to get a classic look 🧗‍♀️#FortnitePrimal pic.twitter.com/HvxBs3deEO

Mechanical Bow is what most players would call OP (Overpowered) this season. The damage it delivers is easily one of the highest "Fortnite" players have ever seen, and it even has upgrades! So be sure to craft yours now!

Here is a guide on how to craft a mechanical bow in "Fortnite." 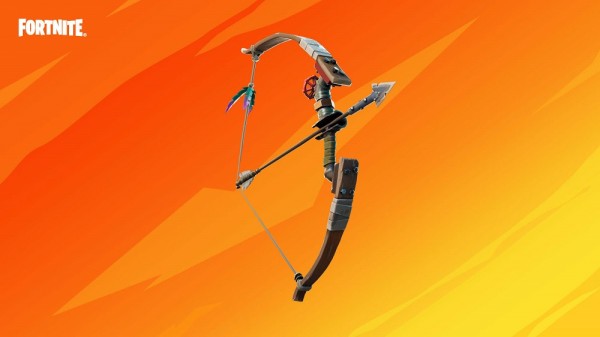 While Mechanical Bows can be picked off the floor or looted out of chests, the easiest option would be to craft your own Mechanical Bow.

The process is easy and straightforward: you need to gather four Mechanical Parts and a Makeshift Bow. Makeshift Bow should be available in your inventory.

Mechanical Parts are easy to find if players know where to look. Chests have some. Players also drop Mechanical parts they collected when eliminated. If players have gold bars, they can buy off specific NPC in the map. The best option, however, is straight out its source. Cars, boats, trucks, and metal furniture. Damage these things, and they will drop some Mechanical parts or destroy them to farm some more.

To craft your Mechanical Bow, open your inventory by clicking "I" on PC or "Up" on D-pad consoles.

Tap open the crafting window and select your Makeshift Bow.

Select the Mechanical Bow as a crafting option directly beneath it. This will automatically select the four Mechanical Parts and Makeshift Bow under 'Crafting Ingredients.

Press "E" for PC, "X" for Xbox, "Y" for Switch, and "Square' for PlayStation to craft. The crafting ingredients would be consumed from your inventory and the crafting process for a Mechanical Bow is complete.

The mechanical bow is one of the more powerful bows in "Fortnite." It takes longer to charge than Primal or Makeshift Bows but delivers a lot more damage. YouTuber Deathglaveo tested its base damage and delivered a whooping 170 damage at one arrow.

The excitement doesn't stop there because the Mechanical Bow can be upgraded to three variants: Shockwave, Explosive, and Flame variant. According to twinfinite, the upcoming Week 2 challenges would also require you to make the Mechanical Shockwave Bow and Mechanical Explosive Bow.

Mechanical Shockwave Bow has the effect of pushing your enemies back. You can craft it with the Mechanical Bow and 2 Shockwave Grenades

Mechanical Explosive Bow launches three small bombs on impact, providing AOE damage. You can craft it with the Mechanical Bow and six Grenades.

Mechanical Flame Bow has a DPS effect of burning your enemies. You can craft it with the Mechanical Bow and a Gas Can.

This season has a lot of excitement and potential by introducing the crafting systems in-game. Mechanical Bow is only one of the new weapons released in "Fortnite." There could be more amazing features to expect in the later weeks.