Hangout events are an interesting addition to "Genshin Impact." Not only do players have fun getting to know some of the iconic characters, but they also have a choice of picking out their own lines and earning awesome new achievements.

Per PC Games, there are five different endings for Barbara's Hangout Event. Each option branches out to checkpoints, so you can easily choose different options to unlock all the other endings. However, be careful when making choices. Barbara has a heartbeat meter, and too many wrong choices might lead her to ditch you. Players will need two-story keys to begin the hangout event. 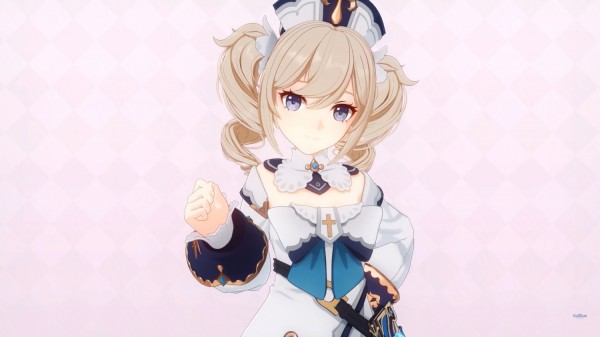 (Photo : Genshin Impact YouTube via Screenshot)
Perhaps I'll be able to get closer to you this way.

This is one of the sadder endings in this hangout event. To get it, meet up with Barbara, select the dialogue "Just wait here..." and leave Barbara and to speak with Albert. You can choose any answer for the first dialogue, but for the second dialogue, choose either "Barbara isn't here anymore" or "It is dangerous here."

Players can choose any other dialogue options after this. You will follow Albert as he starts looking for Barbara. However, she will no longer be where you left her.

Now you can unlock the ending 'Untimely Enthusiasm.'

The remaining four endings all diverge at the "Deaconess's Gratitude" checkpoint. Avoid choosing "Perhaps it'd be better..." because this will end the Hangout prematurely.

A Holiday in Mondstadt

To trigger the event route, choose "Sparkling Tea" when Barbara asks you what you want to drink. This will lead you to save Barbara from her fans as you meet up later. A secret achievement, "An Idol's Last Line of Defense," could also be unlocked if the player successfully persuades Albert and Barbara's fans to leave her.

The next three endings all diverge after choosing "A special Chilibrew" when Barbara asks you what you want to drink. Choose to stick together when searching for the ingredients. After killing some Hilichurls, you will meet a man in need of healing called Uwe. If you tell Barbara he is a "suspicious character," Uwe will be triggered to fight you. Barbara being worried after your big fight will unlock the third ending.

Read Also: 'Genshin Impact' Diamond in the Rough Guide: How to Inspect and Guess the Correct Jade Stone

The Taste Of Hard Work

If you choose to heal Uwe, he gives you some Sweet Flowers as a sign of his gratitude. You can now go back to Mandstadt with Barbara and enjoy some Chilibrew.

A Fiery Flavor From Liyue

From the earlier choice, if you choose to split up with Barbara while searching for ingredients, Barbara will be deep in the forest with some Treasure Hoarders. After defeating them, choose carefully from the rewards the adventurer will offer you. "Mora" will end the Hangout. "Sweet Flowers" will give you the same "The Taste of Hard Work" ending. Choosing "Liyue Chilibrew" will unlock the fifth ending on "A Fiery Flavor From Liyue."

These are all the endings and hidden achievements you can get from the Hangout Event with Barbara.

Related Article: 'Genshin Impact' 1.4 Venti Banner: 4-Star Characters and How to Increase Your Chance of Getting Venti