Asus recently released a brand-new beast in the market: the ROG Phone 5. Republic of Gamers (ROG) is a known brand launching only the best hardware and software for the ultimate gaming experience.

ROG merchandise has continuously dominated the market with their premium products, and the ROG Phone 5 is well the next in line. 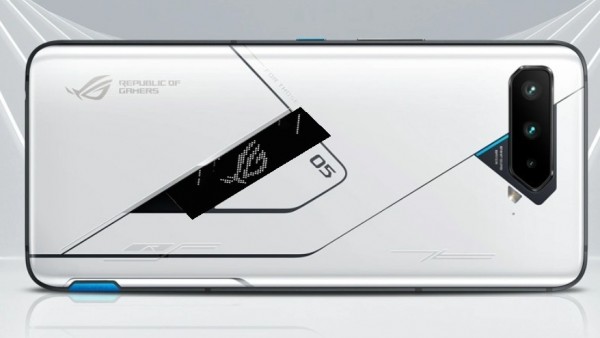 (Photo : ROG website via Screenshot)
ROG Vision is a daring new innovation that highlights the ROG creative spirit: it’s a pioneering rear matrix display that’s never been seen on any phone — until now. ROG Vision can display a variety of cool animations that show you whether ROG Phone 5 Ultimate is charging, if there’s an incoming call, whether X Mode is enabled and more. You can even create custom animations to make your phone even more personal. ROG Phone 5 Ultimate has a monochrome version of ROG Vision that complements the matte white color scheme. Dare to show your true style with ROG Phone 5 Ultimate!

The ROG 5 is a phone with a sleek futuristic design and gaming aesthetic. Both the power button and sim slot have a sharp blue undertone, creating an overall aggressive gaming look to the phone.

The phone has dual front speakers that feature new sound-shaping technologies and quality DAC built inside it. The ROG 5 also has many different accessories, from coolers, controllers, and aesthetic LED cases. Some are openly available on the Asus website, such as the Kunai 3 Gamepad case and AeroActive Cooler 5.

Being a gamer-centric phone, the ROG Phone 5 has a lot of gaming tools and options to offer. Most of these are found in the Armory Crate app, which owners can pull through a Game Genie menu available at any time of thegame. A new option also features how users can manually adjust the CPU/GPU performance, RAM performance, temp control, and fan speed to optimize the gaming performance.

The ROG Phone 5 comes out with a system software of Android 11. It will also receive at least two years of software support from Asus.

Asus offers different variants for this phone: Standard, Pro, and Ultimate. Androidpolice said that the Pro, however, will be unavailable in the US. The Ultimate variant is also an extremely limited edition, predicted to be high in demand right after release. Standard would possibly be the only variant visible in the market.

The ROG Phone 5, nonetheless, might lack some popular features unrelated to gaming. It is also heavier than most phones, without a wireless charging system. The camera has poor performance with a primary sensor of 16MP at an f/1.8 aperture and 1.6um pixels, and the asking price is more than $1000. However, in terms of gaming experience, nothing slows the phone down.

Be warned: a test have been run on the ROG Phone 5 about its durability. Aside from its lack of waterproofing systems, the phone does not take rough handling.

If users aim for the best possible Android gaming experience or are a heavy mobile gamer streamer, this phone might be the best option. However, for those who do not require this much gaming boost, then the ROG Phone 5 might not be the best choice.