The 2021 Corvette is a popular car with a high-market demand among dealerships in the U.S. However, with Chevrolet experiencing several production setbacks since 2020, they might be forced to close all order books for the 2021 model variant.

Instead, the automaker would start its production for the 2022 model for this summer. 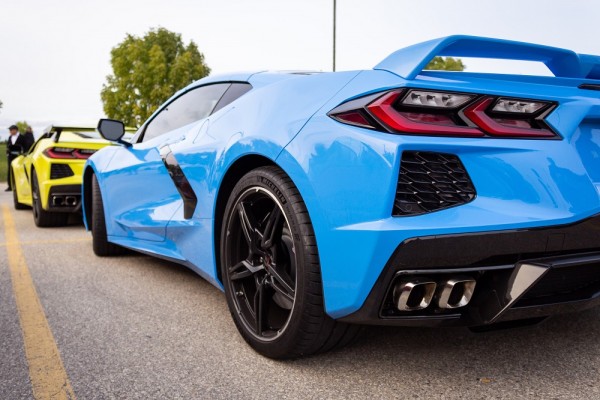 (Photo : Ryan / Unsplash)
C8 Chevrolet Corvette might be force closing all order books for the 2021 model variant. Instead, the automaker would start its production for the 2022 model for this summer.

GMauthority explained that Chevrolet has been experiencing production setbacks ever since the C8 Corvette was introduced to the market. The first release of this mid-engine sports car spent no less than two weeks before selling out. Its production was supposed to start in December 2019, but it was pushed to February 2020 due to the 2019 UAW labor strike.

Before the production could restabilize itself, the COVID-19 pandemic forced it down again. Chevrolet also experienced parts shortages that caused them brief shutdowns in the subsequent months. All of these were happening while the market demand remained consistently high.

In a CORVETTE TODAY podcast with Corvette Product Manager Harlan Charles, he mentioned that the automaker was changing strategies for 2021 and has grown weary of the multiple shutdowns in the plant. Now, they would be more conservative in accepting orders. He also mentioned in passing that the model year changeover for Corvette would happen "may be more of a late summer than an early summer."

The projected date would be July 19 to early August. However, these dates are estimates for the time frame and remain unofficial until Chevrolet makes their statement.

Read Also: Tesla Cybertruck Redesign Gets Update, Elon Musk Says It Will Have No Door Handles!

The mid-engine design of this car also boasts better aerodynamics and responsiveness compared to the previous generations. The vehicle also has newer technologies, like wireless smartphone compatibility, Performance Data Recorder and Enhanced Navigation with 3D view.

Unfortunately, this might mean the last few weeks you can order your own Chevrolet C8 Corvette. The car continues to be highly in-demand in the market, and rightly so. The car features a powerful engine and beautiful design at an affordable price. Keep yourself updated with Chevrolet's latest trends and news, especially for their official statement about this development.