Rumors of a possible "Grand Theft Auto 6" seem to be spreading like wildfire, although nothing is official yet. Developer Rockstar Games has no official announcement yet, not even any hint of when the title will be rolled out and where the next "Grand Theft Auto" will be staged, but fans are eagerly anticipating such details to come very soon, although ComicBook sources claim it would still be four to five years away.

Rumors are still rife, though, about the package's comeback to Vice City, which has long been a subject of Internet discussion for years, and avid gamers are indicating their own wishes for the upcoming GTA version, as noted on ScreenRant. 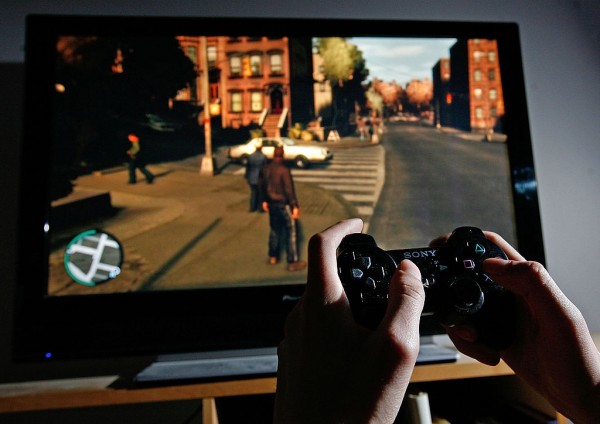 Among the hottest rumors circulating about the "GTA 6" it the theory about "Project Americas" that would have players not return to Vice City but a revisiting of the "multiple cities" features that came with such past titles like "Grand Theft Auto: San Andreas" and the original "Grand Thefr Auto." While such a leak might most likely turn out false, the rumor on "Project Americas" does offer a great look into what players are expecting in the "GTA 6" release, as reflected in online fan-originated surveys.

Aside from having a playable female protagonist, as noted in GameSpot, and the power to use animal characters such as dogs, the most fervent among the fan requests is to have "GTA 6" feature more explorable interiors.

While the cityscape of Los Santos and the countryside of San Andreas would remain as attractive locations for a good many players, the lack of interior locations, which many open world titles have struggled with previously, would leave the experience not completely immersive and less real. This has been the grumblings heard all over the GTA playing scene since over a decade ago when "GTA 3" and "Grand Theft Auto: Vice City" were released.

Read also: [Leak] GTA 6 May Have Been Accidentally Confirmed By Employee At Rockstar Games

While "GTA 3" brought the game into a three-dimensional environment and made the title as popular as it is today, "Grand Theft Auto: Vice City" had a wide range of features and actions that defined the game going into the future.

As "GTA 3" was openly criticized for having absolutely zilch explorable interiors, not even with such areas as those glass-walled buildings, Salvatore's house, or Ray's bathroom, Vice City had an entire mall with hardware stores for players to buy their arsenal, properties that are purchasable, and even storefronts where players could discover and get missions, and rooms positioned across the map for random access.

Vice City likewise introduced boats, helicopters, and motorcycles into the GTA's 3-D environment, unveiled a variety of tiers of weaponry, and a voiced protagonist for the very first time. With such many firsts seen on Vice City makes players eagerly anticipate a return to that location in "GTA 6."

But, then again, everything is uncertain, but the features players are wishing to appear on "GTA 6" apparently are the same things fans of "GTA 3" demanded from Vice City year back. Vice City, indeed brought the game into a new level of experience that reverberates to this day. Hopefully Rockstar is listening and reading these wishes from fans when it finally announces a "GTA 6" release.