Steve Jobs's old job application went up for auction and fetched for $343,000. This has been the fourth time the application has been auctioned off and this is the highest it has ever been sold for.

According to the Steve Jobs Job Application auction page, the 48-year-old one-page job application filled out by Jobs by hand is "a unique piece of history from the exact moment that a dreamer changed the world."

Jobs was an 18-year-old English Literature major dropout from Reed College when he filled out the application, three years before he co-founded the now-tech giant Apple along with his friend Steve Wozniak and tech businessman Ronald Wayne, said Digital Trends.

The job application form did not specify what position Jobs was applying for but the application lists his special abilities to include "electronics tech" and "design engineer." He also filled out "yes" for computer and calculator skills, referring back to his experience in design and tech. It is safe to assume the position was tech-related. 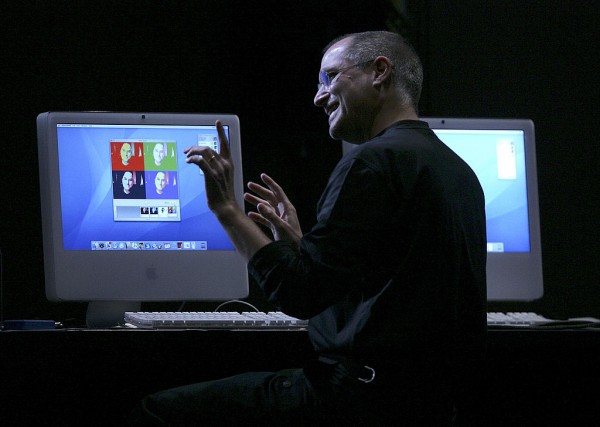 (Photo : Justin Sullivan/Getty Images)
Three years after Steve Jobs filled out the 1973 job application, which was auctioned off earlier this Wednesday, July 28, 2021, he co-founded Apple with Steve Wozniak and Ronald Wayne. The company has since grown into a tech giant known worldwide.

Over the past four years since its first auction with Bonhams, New York, the application form has seen an approximate 1,200 percent increase in value, the auction website noted.

The auction not only offered up the physical application that was an A4-sized printed form filled out by hand in blue ink by Jobs but also minted as a non-fungible token or NFT.

The organizer of the auction said it decided to offer the document in the two formats in two separate auctions to see which has more value, said CNBC. It wanted to test the appetite for digital assets when these have physical equivalents.

The one-page piece of paper lists his transportation options as “possible, not probable” and his special abilities as “electronics tech” and “design engineer.” pic.twitter.com/nO6a7EZw43

When the auction, which took place online, closed on Wednesday, July 28, the highest bid for the NFT version on the application form was just $27,460.20, paid in 12 Ethereum coins, according to the website.

This would be the first time a physical asset was also minted as an NFT wherein both assets were put up for auction.

NFTs have been gaining quite a lot of traction in the past few months. Twitter founder and CEO Jack Dorsey's first tweet sold for around $2.5 million as an NFT. The recent film "Space Jam: A New Legacy" also hopped on the NFT train by giving out and selling 91,000 limited-edition NFTs of various rarities The NFTs were reminiscent of trading cards with one of the nine characters from the movie on the face of it.