A Samsung phone is a sturdy one. It holds up quite well to use and time, for several years, in fact. However, no piece of technology can last forever. No matter how well you take care of your phone, wear is inevitable and it can and will give up eventually.

Here are some major warning signs that tell you it is time to replace your old Samsung phone.

5 Signs It Is Time To Replace Your Old Samsung Phone

A well-taken care of Samsung device can last a long time but, but you need to replace it if the phone is starting to show these tell-tale signs.

Your battery draining fast can usually be fixed at home without needing to have the battery or the entire unit replaced. However, it might be time to swap out your old phone if you notice that your phone is not retaining a charge like it used to, Make Use Of said.

One of the main reasons for the degradation of your battery is simply time. Chemically, the components found in the battery can deteriorate and will start holding less and less charge over time.

Android Authority also noted how batteries are put under strain the more powerful smartphones become. The more recent the version of the operating system the phone is running on, it can put your phone battery on over time to run all the new software bells and whistles.

Batteries hold a finite number of charge cycles and sooner or later, it cannot hold power for long and when it seems like you can't take your phone off of its charger for more than an hour or two, it might be time to get a new phone.

If your start to notice that your smartphone is taking a little bit too long to respond than you remembered it to, you're not imaginning it. Going back to how an old phone can run on a more recent version of OS, running the newer OS can put greater demands on your phone's resources ilke the RAM and CPU usage, Make Us Of said.

Performance decay can happen to yoru phone has apps constantly become bigger and more complex, draining more of the phone's resources. It is possible your phone does not have the resources to cope with the demands, said Aundroid Authority. What then happens is you're left with a laggy phone that is too slow to use. 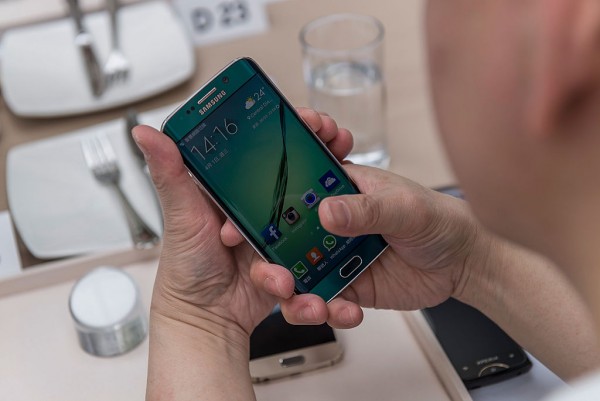 (Photo : Anthony Kwan/Getty Images for Samsung)
If you find your Samsung isn't holding its charge for too long and it is lagging often, it might be time to consider getting a replacement.

This usually occurs when your hardware and firmware cannot keep up with the demands of the newer OS.

It is also worth mentioning that once a phone is outdated, security updates will be little to none, Make Us Of added. Leaving your phone more vulnerable to malware and hackers.

If you find that you are no longer receiving software updates for a long period of time, it might be time to consider getting a newer replacement.

Apps are constantly updating to make sure they are compatible with the latest software updates, as well as just improving the app the longer it stays in the market. Even simply installing apps can be difficult with an outdated OS.

If you do manage to download newer apps or you've kept quite a few older versions of other apps, you might find that they often crash when you're running them. This might be a sign that the phone's RAM and CPU are insufficient for the apps.

This one may be the most obvious. If your phone's hardware is broken or worn out, it is to be replaced. Even if has continued running and you can still perform all the functions of the phone, there is no twlling how long it has got left.

If it has a burn-in display, a smashed scree, or a swollen battery, these are all signs to give your old phone up and look for a newer replacement.

Though most physical components can be replaced or repaired to be good as new, the software is a bit harder to replace to keep up to date even if the hardware is still fine. Contact your phone service provider if you are eligible for an upgrade or if you are strapped for cash, opt for second hand models that are a little bit newer than the one you currently own.