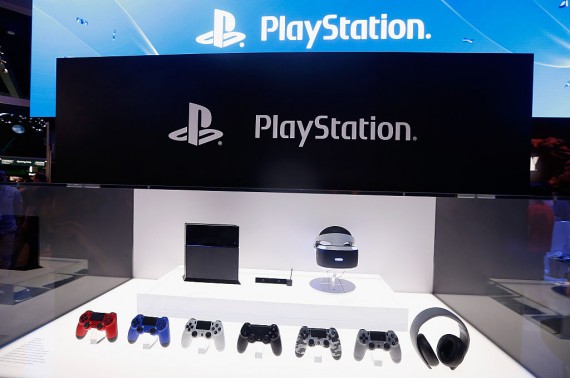 PS4 Pro vs. Project Scorpio war has reportedly been fierce as both Sony and Microsoft continue to update their respective console platforms amidst the conflict.

PS4 slim by Sony, which is the similar hardware found in the original PS4, is now smaller. PS4 Pro, on the other hand, that is expected to provide 4K gaming and video streaming are the Japanese company's answer to its rival tech firm's previous offering.

Microsoft, meanwhile, released Xbox One S with the capability of providing a 4K video and increasing 1080p games up to ultra-HD. However, it appears that the tech giant has another weapon left to release, which is the Project Scorpio.

As announced during the E3 2016, Microsoft Xbox Project Scorpio targets high-end gaming and media, including support for virtual reality. Although the new console's specs are yet to be confirmed, reports suggest that Project Scorpio will come with a power boost of 8 CPU cores, with 320Gbps memory bandwidth as well as 6 teraflops of GPU power.

However, given the fact that the Sony PS4 Pro is already a popular name, while Project Scorpio remains relatively unknown and its launch is not clear yet, there are speculations that Microsoft will be increasing or even changing plans for its previous project. Microsoft Xbox Senior director of product management and planning Albert Penello stated otherwise. He said that they are moving on with their plans and that he believes that they their performance claim will be proven right after they have released their new product, Wired reported.

In another news, Sony has reportedly announced that the official line-up for the PlayStation Plus October 2016 is going to be horror-themed. The fans also have until Tuesday, Oct. 4 to get the PlayStation Plus September 2016 games before they get replaced by the current month's selection.

PS4 version of "Resident Evil" and "From Dust" on PS3 were also confirmed by Sony to be included in the PS Plus October line-up that will be available for download on Oct. 4, Express reported.

Nintendo may opt to remake one of their older “Pokemon” games and it may be “Pokemon Red and Blue” with HD graphics.

PlayStation 4 owners does not need a slimmer PS4 because the specs are the same with the predecessor.

The PS4 Slim gathered different reviews mainly noting that it is like subjecting the PS4 to Atkins diet and that the console looks a cheaper.

Xbox One S revealed 4K Ultra-HD Bluray and high dynamic range support all in a slimmer pack. The release is in preparation for HDR and 4K gaming.