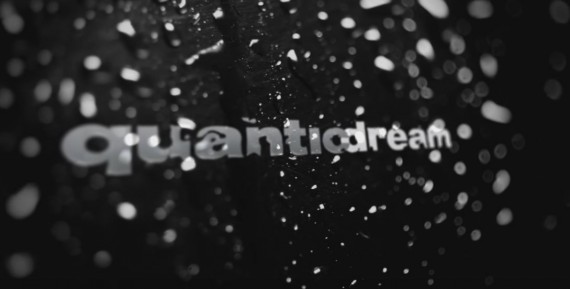 I have always been a fan of David Cage's work ever since I discovered Heavy Rain for the PlayStation 3. Aside from its superb graphics - harnessing the power of the PS3, at the time compared to other games, the decision making and the revolutionary way to physically move the Dual Shock 3 has really convinced me to make Heavy Rain to be one of my all-time favorite games. Now that he is rumored to wrap up the scripts for Detroit: Become Human, I rushed to my computer to write something.

As recalled - no, I did not get this from Wikipedia, Heavy Rain starts with a happy scene. A complete family minding their own happy life where technically the player's task is to get around the house and do some house stuff like brushing teeth, having a shave, taking a piss, showering, preparing plates, and so on. In return, the user gets used to the weird controls this game has as it involves various maneuvers from accurately pushing each joystick to nudging the controller physically. I personally found the controls awkward but it grew on me when I completed the first scene. Afterwards, tragedy happens as one of the two sons went missing at the mall. Turns out the boy, Jason, was kidnapped by the Origami Killer.

Starting from this point, you control the game via different characters discovering different angles for a chance to catch the culprit. I wouldn't want to spoil the game for you so you might want to pick up the remastered version of it for the PS4 to experience how Cage directs a game. The year was 2010 then but the quality of the game makes you want to say it's from the future.

After learning that Beyond: Two Souls is from Quantic Dream and still directed by David Cage, I did not bother to look at the reviews. Instead I pre-ordered the game and was very hyped about it. I couldn't help myself back then so I peeked in to some early reviews, fortunately the game was promised to be very good, with the same positive reviews you can expect with Heavy Rain. Though some people gave it a 6 (cough, IGN, cough) it didn't bother me. I played it and it has a different experience compared to Heavy Rain but the same satisfying feeling when you finish it.

I also researched his other works and found 2 more titles, Omikron: The Nomad Soul and Fahrenheit, but these were done before Heavy Rain and for older consoles. So I purchased them on Steam and I promised myself to play the games when I have time. Currently, I have them ready in my gaming PC and I'd gladly write a review about it when time comes.

How about Detroit: Become Human?

We Write Things report that Cage and his crew are wrapping up a milestone. The post says that Cage just finished the script for Detroit and that it took him a bit over a couple of years, working six days a week. He also added that the script is 20 times more complicated that anything he and his writers have ever done and it is a lot for just one person to handle. He thanked his talented team for supporting him and keeping track of the story branches as well as contributing awesome ideas. Ultimately, Cage ended his speech with an inspiring line that it started with something very personal. You can view the full story here.

With that said, there's no doubt I'd be pre-ordering the game no matter what the critics say. After all, every gamer has his own preference. I'll be writing a review when time comes. Below is a trailer from Heavy Rain, the game that introduced me to David Cage. I also hope Quantic Dream will allow early game reviews for Detroit: Become Human.

Why Skyrim: Special Edition Mods Are Restricted To 1GB On The PS4 While Xbox One Gets 5GB

After the sad announcement that PS4 will not support mods for Skyrim, now, Skyrim: Special Edition is about to be released and with mod support! But how come Xbox One has a bigger space for mods compared to the PlayStation 4?

Battlefield 1 Glitch Defies Laws of Nature and Physics; Will DICE Release A Patch For The Burning Airship Bug?

Have you ever seen an airship turning into a tornado of fire? Well, Battlefield 1 has indeed both amazed and weirded us out.

Rovio Stockholm's General Manager Leaves To Join Spotify, How A Leap Of Faith Takes You A Long Way

Angry birds get angrier as boss leaves Rovio Studios to join Spotify. It's time to face the music and stand on their own. Is Rovio going down anytime anyway?

Without any hardware to unveil this upcoming E3 2017, some observers believe that Sony will focus on presenting major PS4 titles, new trailers, demos, prizes and other reveals.

Most Hated Video Game Characters As Of 2016

We all have that one character we hate from a video game. Be it a protagonist or villain, there's something in that persona that we hate so much. Here are some of them as of 2016.

A soon-to-be-released exclusive PS4 game has made its characters look like almost humans you'll have difficulty identifying them.