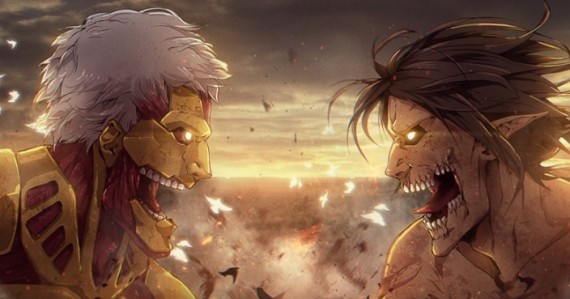 If there's one series or movie fans are insanely mad about a sequel, that would be Attack On Titan. This Japanese manga series written and illustrated by Hajime Isayama is a worldwide phenomenon.

Legions of fans have been waiting for the second installation of the massive anime series Attack of Titan. It is almost 2 years since we've heard or seen any updates from the majestic series. Although we only saw one season, it showed a promising start to any anime series. Fans have been speculating about the release dates and the plots that would happen on the new season and finally we already have the answers. The release date of Attack on Titan 2 will be on February 2017. The creators of the series are still tight lipped about the specific date but they did gave a hint.

Basing on what had happened last season, there are a lot of things we need to consider about the upcoming sequel. First, according to an insider, the next chapter will revolve on the "Clash of the Titans". There were discussions as well of providing a little twist specially on the Reiss family saga but no concrete reports yet on what they are pertaining about. A new arc is also on the rise which will be led by Captain Erwin Smith.

The plot will be divided into 3 parts as added by the insiders. The King and his throne will also be in question as citizens from his country or kingdom looks to revolt against him. The King is as fake as hi crown. He is just a mere puppet of the Reiss family and the citizens are fed up with him. Also, the new titan is a lot different than the original. He possesses a human like intelligence, has the ability to speak and capable of destroying anybody in an instant.

The new Titan can be deceiving and very intimidating. He is a giant but can shapeshift at will. The beast-like creature has only one thing in mind and that is to eradicate every living things in his path. His origins is still unknown or complicated. One reddit user suggest that the new Titan is a result of former Titans merging. Although there's a few supporting documents on that claim, the reddit user is credible as per comments and feedback.

Here's the glimpse of the script of the ending in Season 1. As the titan was approaching them, Kalura scream "wait, don't fight them!". Everybody was visibly scared but Hannes screamed "Yeah, I could save those two for sure, but now... I'm finally going to repay the favor I owe! Hannes tried to start his sneak attack but unfortunately action speaks louder than words. He trembles upon approaching the track of the titan.

Eren was shouting and asking for help from her mom Kalura. She stretches her arms towards them and screamed that they have to survive. She then cried and sobers with what is happening. The titan removes the house debris with one swipe and picks up Eren's mother. Kalura was devoured by the titan which immediately ended her life.