No Man's Sky Foundation Update Guide: Things You Can Do On Version 1.1 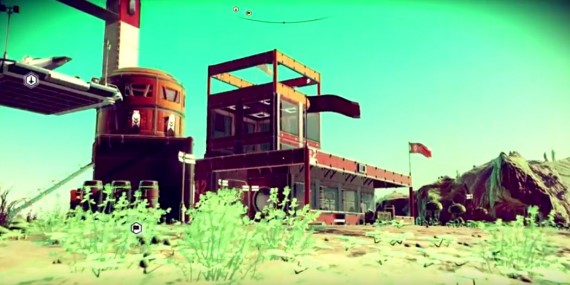 No Man’s Sky 1.12 Patch is also expected to fix the issue on underwater buildings spawning without doors. (Photo : YouTube)

We've all heard about the shenanigans about No Man's Sky being a false advertised game and what not. It even had Hello Games to a corner due to thousands of angry gamers who claim to have not gotten what they expected from the game. Regardless, the waters are now calm and everything seems to be going toward the better end of the spectrum for the developers.

No Man's Sky just received the result from the Advertising Standards Authority (ASA) who published findings that the game is cleared from the allegations for being a misleading game based on its advertisements. On top of that, Hello Games have released version 1.1 to at least pull the fans back in terms of happiness level towards the game. The Foundation Update surfaced this weekend and it feels like an overhaul of the game making your purchase of $60 worth it once again. Cutting the story short, here are the stuff you can do with the latest update (1.1) for No Man's Sky.

Initially, there was only one game mode which has no name. It didn't even have any tutorials in it which made the game quite confusing. On version 1.1, there's still no tutorial (LOL) but you can now choose from 3 game modes to suite any player's preference.

Normal mode - just like playing version 1.0 but with all the Foundation Updates, no change here, boring, move on to the next, please.

Creative mode - pretty much like Minecraft's, you can build away whatever you want, whenever you want without being bothered by the harsh environment of an alien planet.

Survival mode - this one here's the bomb. Just like being in Creative mode but this time you are to survive the harsh climate of the planet. Elements that are essential also go scarce. In summary you have to work your butt off to properly put up your settlement.

No Man's Sky Foundation Update Guide: Your Planet, Your Home

When No Man's Sky was launched, it was sort of a nomadic game. Once you've discovered the planet, tagged it, do stuff on it, you move on to the next, and so on, and so forth. With version 1.1, you can claim a planet as your home and return to it whenever you want without the tedious task of going through gazillions of miles of space emptiness.

Within your home planet, you can now build a base. The Foundation update offers the player building blocks of creating a base. Building it from ground up to a fortress, you can proudly call it 'home'.

No Man's Sky Foundation Update Guide: You Can Now Teleport

No Man's Sky's Foundation Update now features Terminus Teleporters. As its name suggests, these babies can be used to teleport to and from your home base. You will need to travel to the nearest space station to connect your home base to begin with. After your first teleport, the game will remember that connection and you can now easily teleport between the two points.

No Man's Sky Foundation Update Guide: Have A Fleet Of Freighters

Inventory management was one of the worst problems for No Man's Sky. You can't store all the items you want. Now, you can store resources in your home base AND you can purchase freighters to transport more than what you usually can. You can also utilize the freighters to sell items on places they are priced higher. Help can also be hired to maintain your fleet of freighters.

The inventory system has been improved by allowing items in ships and freighter to be stacked up. Before, scavenged resources from wreckages are the items that can be stacked. In the Foundation update, items that are crafted or gathered from crates can be stacked. They can now come in units of 5 so you can carry more items on the freighter.

The Foundation Update allows players to farm resources. You can grow indoor and outdoor crops and harvest them so you no longer need to travel far to get what you need or something you can't get enough locally.

Automated miners can be placed on mineral deposits to continue mining for you even though you left the area. This can be done IF you already got the harvester blueprint. Much work needs to be done before minerals come to you automatically. Just like in real life.

'No Man's Sky' Under Investigation For False Advertising

It seems that No Man's Sky isn't out of the woods yet, an official investigation about false advertising is currently happening.

Another day at the copyright soap opera of video games and their publishers.

'No Man's Sky' Update: Why Steam Will Not Refund Your Copy Starting Today

Did you know that Steam gives out refunds to No Man's Sky even after playing with it for more than 2 hours? Too late now, as Steam reverts and upholds its return policy.

Apparently, No Man's Sky mods have been receiving mysterious audio tapes from developer Hello Games. Check this out!

Do Legendary Birds Exist In No Man's Sky? Players Think So

Some players at Reddit believe that there are Legendary Birds in No Man's Sky. Check out the details here!

Here's What No Man's Sky Players Think About Next Possible Update

Well, it seems there's no stopping the No Man's Sky players from speculating what the next update will be. Check it out here!