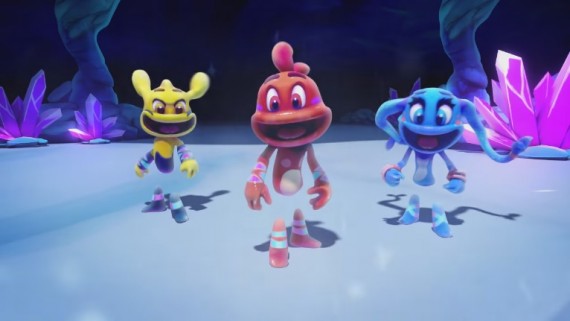 PS Plus owners, get ready for your free games for December 2016! For those who aren't subscribed yet to PlayStation Plus, get 'em now. (Photo : PlayStation/YouTube)

With a current rating of 8 out of 10 at Steam, this side-scrolling action game contains more than 70 levels of fun and tricky gameplay. Run, dodge, jump and swap colors in this fast-paced game where you help Rod, Lia and Grock to restore life to the world. Reviewed as a challenging game that requires dexterity, skill and good memory, this platformer also features stunning and colorful visuals.

Invisible, Inc. - Free for PS Plus for the PS4

How would you like a tactic-based game? If you're a PlayStation Plus member, good news! The stealth video game from Klei Entertainment titled Invisible, Inc.  is now free so download it anyway you can this December! Invisible, Inc. incorporates a turn-based tactic game with "roguelike gameplay" and has won The Geekie Awards 2015 for Best Video Game and a Grand Prize Nominee for the Independent Games Festival.

In Invisible, Inc., you take control of the agents and infiltrate dangerous corporations. Each play is going to be different as you make your own strategy starting from choosing agents, items and programs. You can also choose your own game mode as you balance precision, stealth and teamwork in this highly recommended game.

Stories: Path of Destinies - Free for PS Plus for the PS4

Stories: Path of Destinies has an original price of $15 but if you have a PS Plus subscription, you can download it for free at the PS store this December. This 2016 RPG title by Spearhead Games is rated 9/10 in Steam. Set in a fairytale world with brilliant colors, magic and airships, your choices will make Reynardo's story. By the way, Reynardo is an ex-pirate who is an unlikely hero but due to a crazy mad emperor, he becomes the last line of defense. For those who miss fairytales and choice-based games, this one here is for you.

Tiny Troopers: Joint Ops- Free for PS Plus for the PS4, PS3 and PS Vita

From Wired Productions, Tiny Troopers: Joint Ops is a must-have for arcade PS4, PS3, PS Vita gamers who loves fast-paced action. This December free game will have you recruit machine gunners, medics and elite delta force and control them as you fight against enemies from all over the world with a plethora of weapons. What more to ask for in this action-packed game?

Hyper Void - Free for PS Plus for the PlayStation 3

The 2015 classic 3D shooter from IN|Framez Technology, Hyper Void is free right now for PS3 owners with PS Plus subscriptions. If you're into old school video games, get ready to be sucked back to the nostalgic arcade era. Fast-paced and challenging, Hyper Void should definitely be in your to-download list.

VVVVVV - Free for PS Plus for the PS Vita

The classic 2D puzzle video game by Terry Cavanagh titled VVVVVV is now free for December for PS Plus members. Released in 2010, this is not your usual platform games where the player is able to jump, instead, the player can reverse the gravity direction when standing upon a surface which will lead to Captain Viridia, the playable character, to fall upwards or downwards. VVVVVV has a perfect rating of 10/10 at Steam and 4.6 out of 5 in Google Play.

It's the holidays and what better way to spend it than couch coop games with family and friends. Warning: no rage quitting, please.

Sony: Will Be More Careful On Release Date Announcements; Did They Finally Learn From The Last Guardian?

At the PlayStation Experience 2016, Sony Worldwide Studios President Shuhei Yoshida explains why they will be more cautious in announcing game release dates.

Sony Reveals List Of Free Games For PlayStation Plus In June; 'Life Is Strange' Among The Many Offerings

Sony Plans To Broadcast E3 2017 In Theaters Across America

Sony has revealed its plans to continue broadcasting its E3 2017 press conference across America via Theaters.