Apple's Bounce Back In 2017: Tech Giant Has Big Plans For Upcoming Year 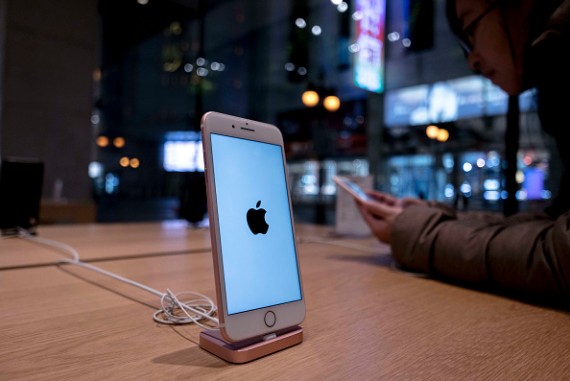 Some years ago, Apple was the leader in smartphone technology, but the past few years have not been kind to the Cupertino-based company. Nevertheless, the tech giant is poising itself for a big comeback in 2017 with the iPhone 8. (Photo : Zhang Peng/Getty Images)

When Apple first introduced the iPhone, the smartphone market took a turn towards the future. The company was applauded for its constant innovations and game-changing products. But what was once the leader in technology is now being ridiculed for its lack of earth-shattering inventions. Nevertheless, the Cupertino-based company is working on a comeback for 2017.

According to Mashable, what is expected from Apple at this point is as basic as it gets. The tech giant has been improving and updating its more popular products, as well as expand its service arm. However, it has not risked dipping into new product categories. And on a casual poll conducted by Lance Ulanoff on Twitter, which asked his followers to choose a word to best describe the company, "Slipping" won by an overwhelming percentage.

But 2017 will mark the 10th year of the iPhone and loyalists are quick to argue that Apple will undoubtedly unveil something amazing in the iPhone 8. The publication goes as far as to claim that no tech event - or moment - will be bigger than its launch, which is expected to happen in September. Rumors that follow the upcoming handset include an all new aesthetic design, as well as various upgrades to the software and specifications.

The iPhone 8 is expected to have an OLED display, which is curved at the edges just like the Samsung Galaxy S7 Edge. In addition, the tech giant is expected to go back to a glass chassis, which has not been seen in the Apple market for years. A new A11 CPU is estimated to power the device, which many believe will be the company's debut 10-nanometer chip. Furthermore, the smartphone is expected to support wireless charging.

The publication went on to state that the iPhone 8 might be specially geared to support augmented reality. Apple CEO Tim Cook has made his interest in the platform no secret, even calling it a core piece of technology. Should the anniversary iPhone include AR, it will target an audience that is not yet ready for virtual reality. AR provides that shallow dip into a reality-enhanced experience.

Apple has, of course, neither confirmed nor denied any rumors about the iPhone 8 - whether in terms of design, features or specs. But whatever it has under its sleeve, it better be good. "Apple needs to knock something out of the park," the publication quotes Forrester VP and Principal Analyst J. P. Gownder. According to him, Apple has the means and position to "reinvent the smartphone entirely with a radical departure on an iPhone 8."

The company certainly needs a drastic change, as C|Net notes exactly how the year has been for Apple. The publication reasons that the tech giant's current strategy of enhancing instead of creating has ultimately led to its subpar sales. While each release has been met with plenty of hype, there has been very little excitement following reveals.

When the Cupertino giant was once all about introducing new things to the public and changing the public's notion and understanding, it is now more about being a business. What truly solidified the company in a very competitive market is seemingly gone. But despite the change, of course, loyalists are certain that Apple will make a grand return.

When the Phab 2 Pro was released, Lenovo debuted its first hardware sporting Google’s Tango technology. The tech company is now poised to release more items in this platform and is expecting competitors to soon follow suit.

After months of delaying, Apple has finally released its controversial AirPods, which - while it definitely has its benefits and positive points - still have some room for improvement.