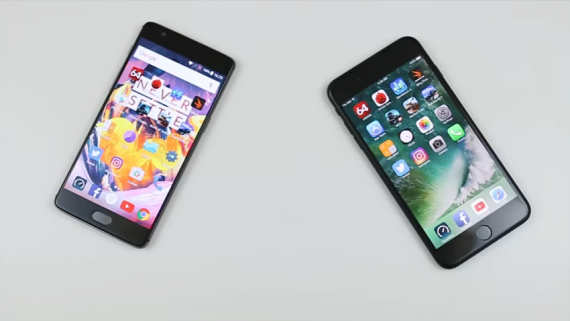 This year saw a lot of great flagships released into the smartphone market, especially in the Android subgroup. Two of the best and most popular of which are the OnePlus 3T and Google’s Pixel XL. (Photo : YourTechGuide/YouTube)

2016 was a great year for smartphones in general, but there is no doubt that some players outshone some competitors - whether in terms of camera, design, specs or overall. The OnePlus 3T was a surprise as the Chinese company had already released a handful of devices this year, but the changes and upgrades have been welcome. Meanwhile, Google released its first 100 percent-made smartphone in the Pixel XL.

OnePlus was a real contender this year, with the only real complaint being that the Chinese company released one too many handhelds this year. The 3T unit was especially surprising, as the OnePlus 3 was released just months prior. Logically, it did not make sense to release devices in the same series at such close proximity.

However, OnePlus explained that there were very few changes and upgrades made between handhelds. Furthermore, the company questioned why it would hold out on a new and improved device when it could release the same presently. The tech company has nonetheless advised that it would not make the same moves for future smartphones.

Meanwhile, Google's Pixel XL is the larger variant of the company's first solo foray into the smartphone industry. It has been praised for its camera, but there is definitely more to the device than just that. The handheld definitely has its strong points as well.

The newer device surprisingly runs on Android Marshmallow 6.0.1 out of the box, while Google's Pixel XL is fitted with Android Nougat 7.1. The OnePlus 3T is available in Gunmetal and Soft Gold while its competitor is available in colors that are teasingly named Very Silver, Quite Black, and Really Blue. The former unit has a 3450 mAh battery, while the latter's is 3400 mAh.

While the OnePlus 3T has a 16-megapixel rear camera and a 16-megapixel front camera, the Pixel XL has a 12.3 megapixel and 8 megapixel rear and front camera respectively. And while the Chinese device theoretically wins out in this regard, there is much more to a camera than its lenses. All the other features of the device need to work well together in the system as well.

As Digital Trends reports, the OnePlus 3T ultimately wins out in terms of design, battery life and charging. This is mainly due to the fact that this device is both thinner and lighter than the Pixel XL, despite sporting the same screen size. Its fingerprint sensor is also arguably more accessible at the chin of the phone.

However, the Pixel XL wins out in terms of display and software. The AMOLED display from Google is undoubtedly sharper than the one found on the OnePlus 3T. And while the Chinese device will eventually catch up in terms of operating systems, the Google handheld gets them - and their important features - almost immediately.

Apple's Bounce Back In 2017: Tech Giant Has Big Plans For Upcoming Year

Some years ago, Apple was the leader in smartphone technology, but the past few years have not been kind to the Cupertino-based company. Nevertheless, the tech giant is poising itself for a big comeback in 2017 with the iPhone 8.

When the Phab 2 Pro was released, Lenovo debuted its first hardware sporting Google’s Tango technology. The tech company is now poised to release more items in this platform and is expecting competitors to soon follow suit.