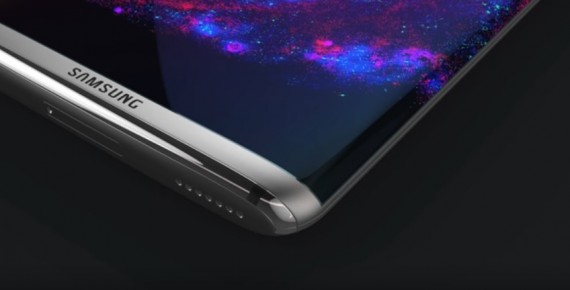 The Samsung Galaxy S8 will have a new feature similar to Microsoft's Continuum, according to a new leak. (Photo : EverythingApplePro/YouTube)

Samsung has been called out for being a copycat before but now it seems intent on swerving from the path Apple has taken.

This year, the two major tech companies will pit flagship vs. flagship in an effort to leave a tumultuous 2016 behind.

Apple is reeling from the low demand for the iPhone 7 and 7 Plus. The sales from these two iPhones were significantly lower than what the company expected and is indeed quite surprising considering its Apple we're talking about here. This has forced Apple to take drastic measures by cutting back the production of iPhone 7 by 10 percent early this year.

As for Samsung, 2016 is hands down the worst year of its history what with the embarrassment that is the Galaxy Note 7.

Various rumors and leaks have surfaced describing the features of the Samsung Galaxy S8 and most have been quite similar with those of the iPhone 8. This time around, Samsung will have a new feature that is nowhere to be found on any current iPhones or in any rumors of future iPhones.

According to a BGR report, Samsung is set to ad a Continuum-like feature to the Galaxy S8. The source of the rumor, Steve Litchfield of All About Windows Phone, Windows blog. According to the blog post published on Jan. 2, Litchfield got the information from a certain Robin who claims to have in his or her possession a slide supposedly part of a presentation by Samsung for the Galaxy S8. The slide apparently "shows a very Continuum-like 'workspace' experience", explained Litchfield. Slide number 38 bears the words "Samsung Desktop Experience: Next Mobile Workspace" along with images of a mobile phone labelled as "Main" connected to a desktop labelled as "Extended Workspace" along with a Bluetooth keyboard and mouse.

Litchfield doubted that the new Samsung feature will work as well as Continuum does under Windows 10 Mobile. He also thinks that it will be exclusive to Samsung.

The Galaxy S8 is expected to be unveiled at the Mobile World Congress which will be held on Feb. 26. That means there's still over a month to go before all the rumors about Samsung's supposed saviour will either be proven true or false.

Some of these rumors, according to reports, include at least two different size variants of the Galaxy S8. It has recently become the norm for tech companies to release two versions of one device. The GS8 will probably come in 5.1- and 5.5-inch variants.

Another rumor that made the rounds early was the Korean company's decision to remove the headphone jack, similar to Apple's recent move. Samsung is now purportedly planning on releasing Bluetooth earbuds also similar to an Apple device - the AirPods.

The pair of wireless earphones, which is rumored to be released at the same time as the Galaxy S8, will probably integrate with Viv, the new voice assistant of Samsung. If that is the case, Samsung will have its own Siri which can help users in taking down notes or messages, asking questions, playing music and making phone calls.

Here are five of the most anticipated Android phones for 2017.

A leak indicates the new Samsung Galaxy S8 will have a Siri-like digital assistant in all native apps.

Samsung Galaxy S8 will feature some of the best tech ever for smartphones.