Clash Of Clans Guide: What Are The Best Troops To Use So You Can Level Up Faster? 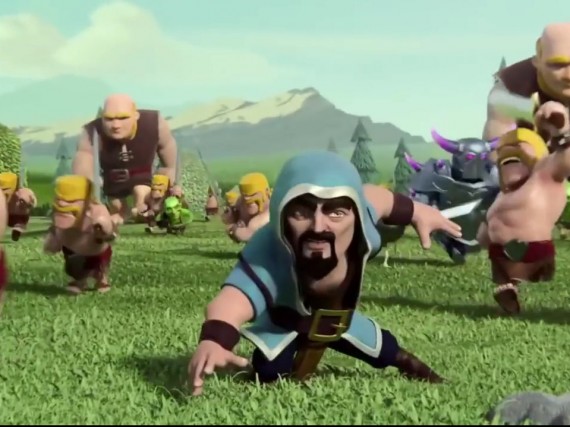 You need to select the right troops to use in Clash of Clans if you want to level up faster. Here are some tips on how you can do this. (Photo : MasterOv/YouTube)

If you really want to level up fast in Clash of Clans, you must use the right troops for the right purpose. You must remember that there is the right type of troops for a particular type of attack. In other words, you cannot just choose any troop for whatever kind of attack you are planning to undertake.

In reality, there are two types of attack strategies that you use in Clash of Clans. The first of these is the choosing the right types of troops you will send in battle. And the second is the actual strategy you will use in attacking your enemies. In this article, we will concentrate on the best troops that you need to send on specific missions.

Troops You Need To Send For General Purpose Attacks

General purpose attacks in Clash of Clans are those involving the assault on the walls and the defenses of the enemy. For this type of assault, it is best that you use a combination of Giants and Wall Breakers. They are just the right type of troops for such attacks obviously because of their huge size and their job designation.

Choose Your Troops Based On The Town Level

In Clash of Clans, there are many Town Hall Levels. Your success in this game is based on how effective you are in defending and protecting these town halls. In other words, you must successfully defend and fend off the attacks on the town halls. For Town Hall Level 2, it is best if you will combine the Giants and the Barbarians for strength, the Goblins for resource farming and the Barbarians for trophy farming.

As you can see, when your THL is higher in Clash of Clans, your choices of troops will increase. That's only natural since higher Town Hall Levels have greater importance because of the upgrades that they have received. Therefore you need an increased number of troops and with greater diversity.

Troops You Should Use For Raiding Attacks In Clash Of Clans

If you are trying to raid a place for its gold or elixir in Clash of Clans, your best troop are the Wall Breakers. They will be effective in clearing the path and breaking the protective walls of storage buildings. The Archers could also be enlisted because they could inflict heavy damage by sending their arrows over the tall walls of your target. Lastly, you should also send the Goblins since they are good at finding and looting the resource of a place and can get them quickly.

The 2X Star Bonus Event for Clash of Clans is now live. Players can also look forward to considerable Golem discounts right after this event.

Clash Of Clans Guide: How You Can Get To The Elite Champion League Without Wasting Precious Time

Getting to the Elite Champion League in Clash of Clans takes some basic techniques. If you will follow these tips, you will one day find yourself among this league of champions.

Final Fantasy XV Season Pass: Is It Worth Your Money?

There’s a Final Fantasy XV season pass that Square Enix offers its customers. Is this season pass worth the value of your money?