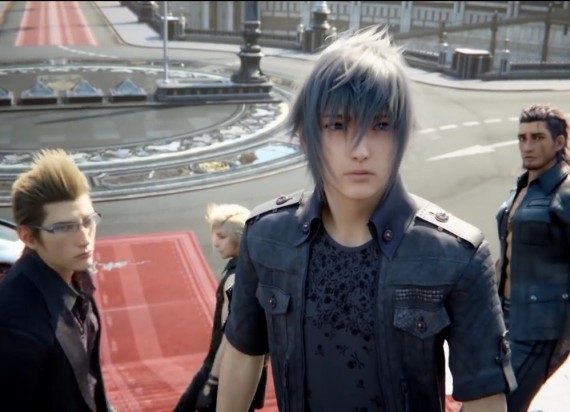 Perhaps you have been playing Final Fantasy XV for quite a while now. You probably think you have a decent grip on how you can effectively manipulate Noctis and his friends on your console to get what you want. But have you thought of the nitty gritty details of his backstory and that of his three friends? If you don't have any idea, maybe now is the right time you do. Here are some neat details on the background of Noctis and his comrades.

Let Us Start With Noctis, The Main Protagonist In FFXV

You may already know that Noctis is the son of King Regis and is the rightful heir to the throne and the Kingdom of Lucis. His full name is Noctis Lucis Caelum. Although he may seem to have good relationships with his three friends, he is actually a very complex character. His adventure in Final Fantasy XV begins when he sets out to wed his childhood friend Luna.

According to Hajime Tabata, the director of Final Fantasy XV, Noctis is a person who loves solitude. He knows that he's got to sacrifice a lot to become king and that somehow makes him grudge his situation. Noctis has a problem of expressing himself that's why he's not good in relating with the opposite sex.

Here Are Things You Must Know About Gladiolus

Gladiolus is a friend and protector of Noctis. His full name is Gladiolus Amicitia. In Final Fantasy XV, the Amicitia clan has been serving the kings of Lucis for a long time as their shield and protector. Gladiolus is the eldest in his family. He is somebody who won't stray from the right path. As such, he sometimes crosses paths with Noctis, because the heir is somewhat hasty and rushes his decisions. But he will protect Noctis and his friends at all costs.

Prompto Is An Interesting Character in Final Fantasy XV

Prompto is a close friend of Noctis ever since they were still teenagers. His full name is Prompto Argentum. Prompto is a commoner and appears to be the life and spirit of the party. He lightens up their burden during hard times in their quests in Final Fantasy XV. His special photography skill serves the group well in performing their missions. Prompto is not the combat-type warrior but he has a special knack with machines. He is the one member in the group who is up to speed with regards to the latest trends and technology.

Ignis Is The Man Friday Of Noctis

Ignis and Noctis have known each other since they were children. Being extremely loyal in character, he serves Noctis with all his might. As such, he can be regarded as the right hand man of the future king of Lucis. Ignis actually performs the duties of a mother to Noctis since the prince has lost his mother when he was still a child. That's why in Final Fantasy XV, you will see him cooking and making sure that Noctis eats his vegetables. Being a man, he also serves as Noctis' driver when they are riding the Regalia. His full name is Ignis Scientia, giving a hint about his intelligence. He also acts as the brains of the group.

Final Fantasy XV Guide: You Should Visit These Exciting Places In FFXV To Enhance Your Gaming Experience

There are many places in Final Fantasy XV that you should visit. Most of them are patterned after the real world and they are incorporated in the game to enrich your gaming experience.

Final Fantasy XV Review: Why Do Gamers Love To Play This Video Game And Why Should You?

There are valid reasons why gamers love to play Final Fantasy XV. If you are not yet a fan, read this article to know the reasons why.

Recent developments seem to indicate that Square Enix is planning to expand the gameplay of Final Fantasy XV. It also appears that they will do it unannounced.