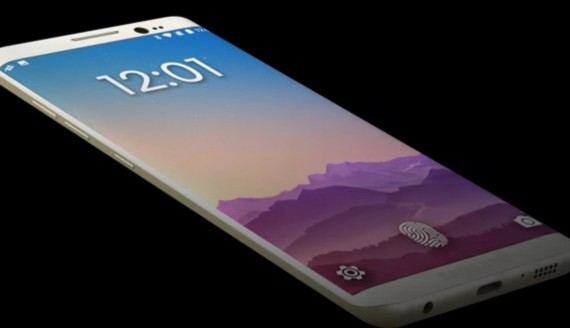 According to the latest leaks regarding the Samsung Galaxy S8, it will have A S-Pen, dual speakers, a headphone jack, and possibly a wireless charging feature. Click to know more about the details. (Photo : EverythingApplePro/YouTube)

Many Samsung fans were dismayed upon hearing that the Galaxy S8's reveal on February was canceled. However, there is good news for its fans, because another awesome leak regarding the Galaxy S8' has been discovered. This time it is about its casing design and it has pretty much-given tech enthusiasts an idea of what features that the Galaxy S8 may possibly carry.

The S-Pen is a device or feature that is only exclusive for Galaxy Note series. But this time, that may seem to be not the case, because based on the recent leak, it revealed that the Galaxy S8's casing design may have a silo for the S-Pen.

Speaking about the S-Pen, it was already rumored last month that the Galaxy S8 could have it. Notice the word "could" back there? Well, at that time, reports were claiming that Samsung was still having second thoughts on whether to include this feature or not. It was not also specified who among its engineers or executives are against it, but that was the rumor. Hopefully, if this casing design leak proves to be true, then it would be something incredible and a special treat for its users.

The next reveal based on the leaked casing design is a headphone jack. This is quite interesting because it contradicts the popular belief of what the Galaxy S8 would look like.

Well, here is the story: there are reports suggesting that by the time the iPhone 8 and Galaxy S8 will be finally revealed, fans of both smartphones and tech enthusiasts alike may have a hard time differentiating the two smartphones. Simply because based on the recent rumors and leaks, they look identical - but of course this was the initial belief back when there was only a limited information regarding the two devices.

One of the most popular rumors that both smartphones could have was the wireless features. For this part, because wireless was expected to be a new trend after Apple made the 3.5 mm headphone jack on the iPhone 7 and 7Plus nonexistent and later introduced the AirPods, it was believed that Samsung will also follow this style to keep up with the "futuristic design" for 2017 smartphones.

The last and final reveal based on the leaked casing design is its "charging port." According to the source, "a charger won't fit through any of the gaps in the case meaning Samsung would have to fill the phone with juice via wireless technology - something that looks very unlikely."

If you ask me, I also doubt that there will also be a wireless charging feature. Though that technology already exists, it still hasn't yet been perfected for practical use. Like, if you compared it to the traditional charging method that we used for smartphones today, the charging speed falls greatly behind.

Though this sound very exciting, please do keep in mind that this casing leak design is only a rumor and could be false. As of now, what we can do as fellow Samsung Galaxy users and also potential buyers who are interested in the Galaxy S8, is to patiently wait for the full unveil this April.

According to a written report published by Copperfield Research, the iPhone 8 will not have a wireless charging feature due to some reasons. In the report, it shows a detailed analysis for every action that Apple has taken in recent years regarding the wireless charging technology.

The Xiaomi Mi Mix features a 6.4-inch IPS LCD touchscreen with a screen resolution of 1080 x 2040 pixels. It runs on Android 6.0 (upgradable to Android 7.0 Nougat) and is packed with a Snapdragon 821 chipset.