The Success Of The Surface Phone Requires A New Scheme: Microsoft To Work With App Developers 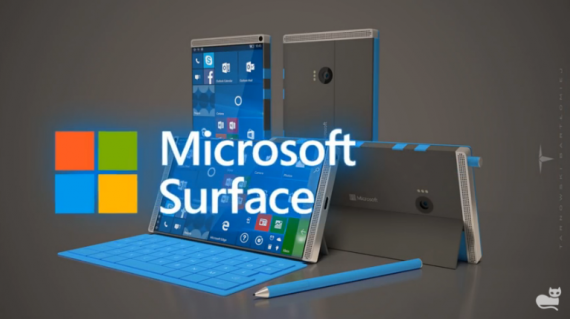 Speculation surrounding the Surface Phone has been nothing short of extraordinary. But if Microsoft truly wants to make it a success, the company will need to create an entirely new ecosystem. (Photo : MobySmartCat/YouTube)

There has always been talk of a Surface Phone, but the rumor mill only really started to churn out details when Microsoft's CEO Satya Nadella confirmed its existence. When he said the upcoming handheld would be unlike anything else that was currently in the market, heads began to turn in excitement. Nevertheless, the company has some serious odds to overcome before the smartphone becomes a success.

Nadella spoke with the Australian Financial Review last year, where he vaguely described the concept of the Surface Phone. "We will continue to be in the phone market not as defined by today's market leaders," he said. "But by what it is that we can uniquely do in what is the most ultimate mobile device."

Those last three words have been the foundation of what the public expects from the Surface Phone. Nadella said it himself, Microsoft is not in the business to catch up the the current market leaders. The Redmond-based tech company is instead in the business to innovate and maybe even revolutionize how the handheld is used and understood - much like Steve Jobs did with Apple's first iPhone in 2007.

This same idea was reestablished by the company's CMO, Chris Capossela, as Windows Central quotes. "Our mental model has to be not just building another device that competes with a premium device in some category," he said. "It's got to have a different point of view and - hopefully - that's creating a new category."

Microsoft understands that the best specs in the highest-end design is not enough to make a smartphone a success in a market that is both competitive and full of already-established players. The idea for the Surface Phone, it seems, is to create something that is entirely on its own. In order to do this, the publication claims that the handheld might run on full Windows on ARM, which would position it as an ultramobile PC.

The only trouble with this is that it will need to act very much like its competitors. It may have the power and capacity of a full fledged PC, but it will need to be packaged in a smartphone, with the efficiency of a smartphone. One way to offer a service of this magnitude is to create a strong system and steady stream of third party support.

However, Microsoft does not have the most successful history when it has come to third party developers agreeing to build Windows applications. It may be argued that only a handful of apps are actually needed in every handheld, but these are the types of services that will keep a smartphone welcome and supported by the market. The need for developer support is obvious and pressing.

Therefore, in order for the Surface Phone to be a success, Microsoft needs to work on its ecosystem and first get support from various developers and service providers. Moreover, this will need to be established before the "ultimate mobile device" is both introduced and launched into the market. Most publications estimate that the release will be in 2018 - hopefully a year is enough time for the company to solidify its roots.

In the past few years, smartphone innovations have been relatively far and few in between. But most of those changes and features have come from the likes of Samsung and LG - and will probably be at MWC 2017.

The Surface Pro 5 is one of the most anticipated device releases from Microsoft. And while it might be enough that it is the successor of the successful Surface Pro 4, its rumored specs are stellar as well.

The autonomous driving world is not inhabited by a single entity and Tesla is not a monopoly. And yet when it is the first company to come to mind when self-driving vehicles are mentioned - but all that is about to change.