The Google Pixel 2's Camera Could Be Better Than Its Predecessor 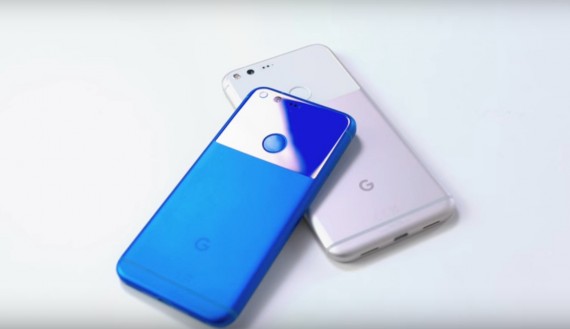 For the Pixel 2's cameras, reports suggests that Google will not be enhancing its camera performance by increasing its MP size. Instead, it will further increase it capabilities by mastering low light photography, having a sensor with higher sensitivity and more. (Photo : Austin Evans/YouTube)

The Google Pixel and Pixel XL are two smartphones considered to be one of the best phones of 2016, especially in regards with its camera performance. Now, with the latest leaks and rumors about the Google Pixel 2 (the unofficial name for the 2017 Pixel phone), it points out that the said smartphone may possibly have a much better camera compared to its predecessor.

According to Forbes, 9to5Google which is a "previously reliable" source quoted that the next Pixel phones will feature an even better camera with very specific enhancements. These enhancements do not include that the smartphone will have a large MP size. Instead, it will compensate in extra features such as mastering low light photography. With this claim, it also does fit with the Google's current emphasis on computational photography, like Pixel's HDR+ mode, rather than focusing on boosting traditional specs such as sensor resolution. And among other possible "enhancements" that the Google Pixel 2 could have, these are the following:

An Improved Sensor With Higher Sensitivity

Having a higher sensitivity will allow the camera to capture cleaner low light shots. This also does not require extra megapixels.

Having a brighter lens can also help achieve a much better camera performance compared to the first Google Pixel's cameras. The reason is that it will improve computation algorithms.

Although this is not noted by 9to5 Google, Forbes said that this could also be a possible "enhancement" that Google could use for the Google Pixel 2, of which I agree.

There is a reason why when people hear the world "dual-camera," most of us will think about the iPhone 7 Plus' rear camera, especially the Apple fans such as myself. If Google will incorporate this on the next Pixel 2 phones, this offer benefits that goes beyond picture quality. It will give the camera to zoom in on distant options or to create the DSLR-like images with creatively blurred backgrounds that can be achieved with the iPhone 7 Plus' Portrait mode.

More About The Device

Aside from its camera specs, there is also other information as to what the Google Pixel 2's specs and features will be. Here they are:

Top-tier smartphones usually fixed to a yearly upgrade cycle, so we may probably see the Google Pixel 2 smartphones around October or much longer than that. And as for its retail price, Google is not yet sure as to what will be the price tag of the Pixel 2 phones, except it will be at least $50 more pricier than the first Pixel phones.

As of now, Google is busy testing new CPUs made by both Qualcomm and Intel in order to find out which is the best one. Regarding its features, the only thing known is that Google is considering whether to add a water and dust resistant feature to its upcoming phones.

Over 200 users banned from their Google Accounts by buying the Google Pixel phones on behalf of a dealer from New Hampshire. Know more about Google Pixel.

Google's Pixel phones are at it again! Since its release it has been receiving bad reviews non-stop. Now, it was proved by a group of white-hackers that the supposedly "next world's finest smartphone" can be hacked under 60 seconds.

More issues about the Google Pixel are emerging.