Samsung Galaxy S8 vs Vivo V5 Plus: Which Smartphone Offers The Best Deal? 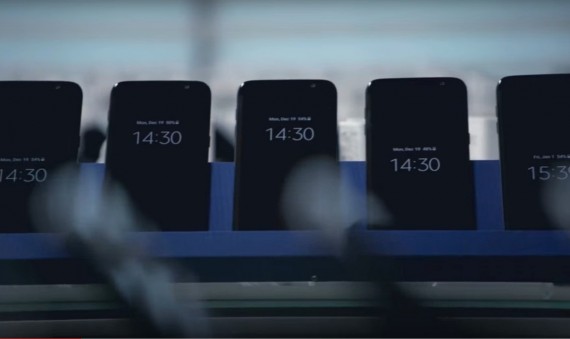 The Samsung Galaxy S8 is a premium flagship smartphone set to be available this March 29, while the Vivo V5 Plus was just released last month. So, which of these two phones offers the best of your money's worth? (Photo : TechTalkTV/YouTube)

The Galaxy S8 is a highly anticipated smartphone that many tech enthusiasts are waiting for with mixed feelings. And if you ask me, I'm rather excited to know whether it will have an exploding feature or not - even though I am Samsung user myself.

As for the Vivo V5 Plus, it is a smartphone the offers the best selfie in town. It is so great in taking selfies that it can make an average looking person to a skin product model, that's how good its selfie camera is.

Based on the leaked images obtained in Weibo and Evan Blass' who is considered to be one of the most reliable tipsters around, the Galaxy S8 will not have a fingerprint scanner at the back. Instead, the space that is supposed to be for the fingerprint scanner on the back is said to be the flash for the camera. Aside from that, it will have a Type-C USB port and an iris scanner. As for the 3.5 mm headphone jack, it is uncertain, but hopefully it will have it.

With the Vivo V5 Plus, it features a body dimension of 6.01 x 2.91 x 0.29 inches and weighs 158.6 grams. It has a 3.5 mm headphone jack and it sports an all-metal premium-looking design that could be mistaken as an iPhone except for the logo on its back.

The Galaxy S8 will feature a 5.7-inch and a 6.2-inch screen. Both screens are said to be QHD super AMOLED displays with a screen resolution of 1440 x 2560 pixels. The screen featured in both phones will also be a "virtually edge-less screen."

For the Vivo V5 Plus, it features a 5.5-inch IPS LCD capacitive touchscreen with a screen resolution of 1080 x 1920 pixels. Its screen also has a corning Gorilla Glass 5 protecting it.

The Galaxy S8 is reported to feature the Snapdragon 835 and the Exynos 8895 processor, depending on where you purchase the device. Regarding its OS, there is no mention yet. But if you ask me, it will likely be Android Nougat, except what version.

The Vivo V5 Plus on the other hand runs on Android 6.0 Marshmallow and packed with a Snapdragon 625 chipset. Yes, it can be quite underwhelming for a smartphone launched at 2017 with a 625 chip, but according to people who tried the device, it works rather fine.

On the initial reports, the Galaxy S8 was rumored to have 8 GB RAM, now it is 6 GB. However, there are also some reports claiming it could also possibly be 4 GB. My opinion? I don't really know what to believe anymore, but I will rather go with the 6 GB - you know, get some middle ground in case it does end up being 8 GB RAM.

The Vivo V5 Plus features an internal memory storage capacity of 64 GB with 4 GB of RAM. Sadly, it doesn't have an expandable memory option.

The Galaxy S8 is said to have a 12 MP rear camera and a 5 MP front camera. To be honest, if the rumor of the Galaxy S8 having a 5 MP front camera is true, I don't know what to say about it. To me it seems like a downgrade. But who am I to judge? I am no expert when it comes to building smartphones, there must be a reason for this - that is if this rumor is true.

As for the Vivo V5 Plus, it has a 16 MP rear camera and a 20 + 8 MP front camera. Yeah, who cares about the rear camera, let's go directly to the selfie camera. The front-facing camera's 8 MP sensor is used to achieve that creamy and blurry background for your photos. It even has this 'Bokeh' mode that is specifically designed for selfies. I personally just can describe how good it is in taking selfie, but of course the low light performance is another story.

The Galaxy S8 is said to have a 3,250 mAh battery. The performance of this battery? It is hard to tell, because right now, Samsung is currently being "very" choosy in selecting on who will supply them batteries. Among the chosen suppliers, Murata is one of them and is said to be quite reliable.

However, no one knows what the future holds and it could paint a different picture. I mean, did anyone expect that the Galaxy Note 7 will have a heating/exploding problem? I sure didn't and it surprised me when I first heard about a little child playing with it and the device just exploded or overheated - whatever it was.

On the other hand, the Vivo V5 Plus houses a 3160 mAh battery. It performs quite well and it also has a fast charging feature which was non-existent to its predecessor.

Also considering the price of these phones, I will go with the Samsung Galaxy S8, because of one reason only. The reason is that I am not fond of taking selfies. To me, the Vivo V5 Plus was based solely on the camera. Yes, I understand that, because that was the reason as to why its predecessor, the Vivo V5 was so popular. However in the case of the Vivo V5 Plus, it lacks diversity and I would have chosen it if it had one more mind-blowing feature to boast about.

Samsung is hoarding the new Snapdragon 835 chipset for the Galaxy S8, but does this ensure the success of the premium smartphone?

Football Manager 2021 release date is set for November. Apparently, this will be the franchise's return to Xbox for years!