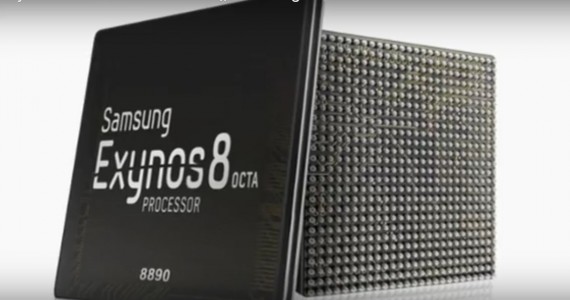 According to AnandTech, the new Samsung chip is manufactured on the latest 10 nm process that allows for using up to 40 percent less power, while archiving a performance increase of up to 27 percent compared to its 14 nm process. In the last few years, the South Korean company has cemented its position as a market leader at the mobile phones high-end spectrum. The latest generation Samsung high-end ARM SoC, the Exynos 8895, is expected to be used for at least some SKUs of the next Galaxy S phone.

The South Korean giant Samsung did not disclose much about the new octa-Core Exynos 9 8895 chip, aside from the fact that it was "designed from scratch" and it's a 64-bit ARMv8 core. What we do know is that in terms of GPU, this is a major update. There are already more details about it, as ARM detailed the Mali-G71 last year.

Exynos 9 8895's GPU uses ARM's new Bifrost GPU architecture that fully supports OpenCL and OpenGL ES, as well as the Vulkan graphics API. However, what's more significant is its support for HSA. This allows the GPU and CPU to access at the same time the same data in system memory. Since that data won't need to be sent back and forth between separate pools of memory used by the GPU and CPU, this feature is eliminating a part of overhead.

In comparison to a standalone LTE model such as Qualcomm's upcoming X20, Samsung's Exynos is still about a year behind Qualcomm's technology. However, in comparison strictly to modems that are integrated into SoCs alongside the GPU and CPU cores, the Exynos 9 draws just about even with the X16 modem that is present in Qualcomm's Snapdragon 835.

Both chips promise theoretical LTE download speeds of up to 1Gbps, by using MIMO antennas, 5x carrier aggregation on the downlink and unlicensed spectrum. However, upload speeds are limited to 150Mbps, like both the X16 and X20. At this point, faster uploads speeds are offered only by Intel's XMM 7560 gigabit LTE modem, which adds an extra stream to boost speeds to 225Mbps.

Qualcomm's newly launched Snapdragon 835 will likely remain the best Android chip of all in 2017.

The launch of 450 mm silicon wafer technology is delayed by collapse of major consortium involved in the project.