With efforts to electrify its vehicle lineup, the Japanese automaker Toyota is investing $13.6 billion in battery technology over the next decade. With government and market pressure for electric vehicles, Toyota joined other vehicle manufacturers in the industry as they take a serious step in funding the future of its vehicle lineup. 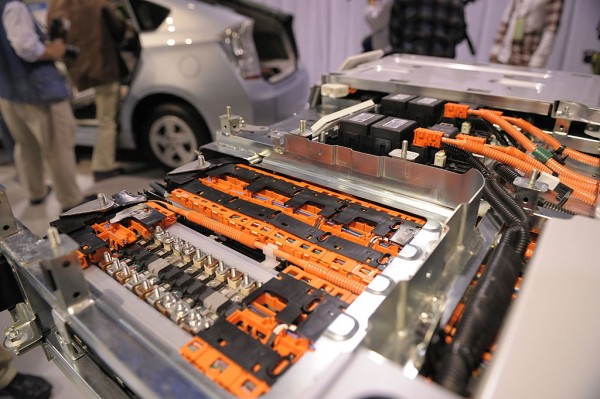 (Photo: TOSHIFUMI KITAMURA/AFP via Getty Images)
Toyota joins other major automakers in the movement of making more electric vehicles. In a recent media briefing, the largest Japanese automaker announced it will invest nearly $13.6 billion in battery technology, taking a serious step in funding the future of its vehicle lineup.

Toyota announced that it would be investing $13.6 billion in efforts to go all-electric. The investment will predominantly focus on production, $9 billion allocated for such, The Verge said.

By 2025, Japan's largest car company aims to have 10 battery production lines and eventually progress to have 70 production lines around the world. The goal is to produce as much as 200GWh of batteries, according to ​​Chief Technology Officer Masahiko Maeda during the company press briefing.

Executives also mentioned that Toyota expects to slash the cost of batteries by half in the second half of this decade, Auto News reported. The company has already begun test drives of a working prototype of its solid-state batteries last year, part of its previously announced goals.

Toyota announced its electric vehicle strategy earlier this year - a plan to release 70 electric cars globally by 2025, including 15 fully-electric models and hybrids and hydrogen-powered models. By 2030, the company said that it wants to have 80% of its lineup to include a type of battery power.

According to Maeda, the company is "focusing on safety, long service life, and high-level quality" when producing good, low-cost, and high-performance "batteries that its customers can use with peace of mind."

Toyota said that it would spend $13.5 billion developing EV battery tech, while Volkswagen said it may have to spend more to deliver its planned transformation towards autonomous driving https://t.co/LjfGDMfHwz pic.twitter.com/BwdKUOkqmO

The Age of Electric Vehicles

Toyota joined the many major automobile companies in going electric. While hybrid vehicles are still the predominant engine being offered by companies in the effort to be more electric, more and more automakers are offering all-electric vehicles.

Ford has come out with its all-electric pickup truck, the Ford F-150 Lightning, an EV designed to enhance Ford's customers' lives, Lighting Chief Engineer Linda Zhang said. Its specs and price offer so much functionality beyond being a powerful pickup. It can be a backup power generator as well.

The German company Mercedes-Benz also debuted a fleet of all-electric vehicles recently in its IAA Mobility show. Mercedes has already produced EVs in its EQS lineup, but they are keen to push forward its goal of going all-electric - a plan worth $47 billion.

Car companies are still finding a balance between continuously being profitable and answering the demands of governments for a cleaner and more sustainable solution for vehicles.