Top 4 Clash Of Clans Secrets You Need To Know Now 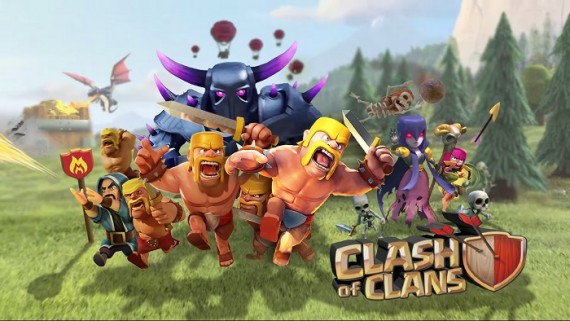 Clash of Clans is a mobile game developed by Supercell for both Android and iOS users. (Photo : JudgementEpic/YouTube)

Like any other games out there, Clash of Clans has its own story to tell. And it's actually great to unravel these secrets, as it can help turn the tide in battles. But since they're secrets, players don't usually bother themselves with the existence of these. Well, good thing for, you're reading this article! Below are some of them. Read on, sire!

Revenge Is Key In Clash Of Clans

Whether you like it or not, whenever you're out (means you're not playing Clash of Clans), chances are someone out there will raid you. Your bases and structures will be destroyed, with your gold and elixir storages robbed. Of course, it's a very frustrating thing to experience. But actually, in one way or another, getting attack also opens to another opportunity.

Remember that in Clash of Clans, you have the capability to hit back those punks who destroyed your village -- thanks to the Revenge feature, that is. And why this is actually great? That's because you have a huge leverage over them. You have the time to review and check their bases, giving you a chance to strategize your attacks. So, as a smart player would do, you'd want to ensure that you can defeat it and that it has the right amount of resources for you to take.

Didn't you know that training Clash of Clans troops in maximum capacity is actually good? When you try to queue troops in large numbers, the elixir needed to do so is spent. However, if you opt to cancel it, there will be no penalty of sorts -- especially to queued troops. This only means that you can queue all of those barracks till they reach their maximum capacity. Doing so will only bank those elixir safely, thus any attackers who'd want to raid you will have second thoughts.

Get Rid Of Those Mortars In Clash Of Clans

I know, those mortars in Clash of Clans are very annoying especially in clan wars. They're just a pain the head. But actually, there's a way to get rid of them, and it's very easy. How? Simply cook Lightning Spell (though it has to be +4). Doing so will mostly likely wipe those mortars -- be it level 4 or 5. This is really advantageous especially when other defense bases (Wizard Towers, for instance) is near it. Remember that the aforesaid spell has a splash damage, making it a lethal weapon in attacks.

At some point, you'd want to bully those Clash of Clans players whose levels are smaller than you. After all, it's what makes the game fun to play with. But of course, if you're going to attack them, you'd need troops. And training is equal to elixirs being spent, so it's kind of a waste really. Well, not really, if you use the Barbarian King instead. You just simply need to start the game using the hero and end the battle before damages can be done. That way, a couple of those trophies will be removed.

What are your thoughts on this Clash of Clans secret tricks? Any other that you can add to the list? Feel free to use the comment section below!

A new update for Clash of Clans is believed to arrive in December. Here's what it's going to offer!

There's a possibility that a new Clash of Clans update will arrive anytime soon. Here's what it's all about!

Hoping to catch up with the Clash of Clans Halloween update? Here, check it out!