The Last Guardian VS Dead Rising 4, Which Should You Get First 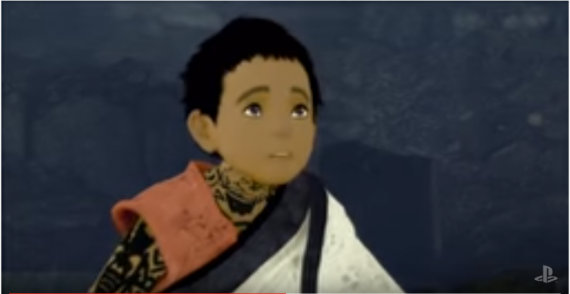 We know both games are awesome and they drop by during the holidays but which one should you play first? Get some insights here. (Photo : Photo by PlayStation/Youtube)

As December starts to roll out, so do Sony and Microsoft with their exclusive titles. The Last Guardian VS Dead Rising 4, who would win your heart? It is important to note that before deciding to decide between the two games, you should have both PS4 and Xbox One consoles, else, just stick to the one compatible to your game system.

The Last Guardian steps up for the PlayStation 4. A game that started development 10 years ago. Originally pitched for the PS3 back on 2011, the game has experienced delay after delay in production. Fans are now happy, regardless of the several heartbreaks they have received.

On the Xbox One, we have Dead Rising 4. The Xbox exclusive is an open world zombie-infested game where you need to be creative and exploration should be a habit. The fourth installment promises amazing gameplay compared to the previous three.

Obviously, both games are very different but for people who can just afford one game at a time, thinking about what they're buying first is crucial. Ending up in disappointment is not an option. So, without further ado, here are some details from both sides to help you decide which game to get first.

Story is often the crucial factor when deciding to buy a game, except if you just want to smash everything out of the way. Some people want a game that is thought-provoking, others just want to bash the buttons and kill everyone, some want good strategies to be required in gameplay.

The Last Guardian wins this category as this is the game's forefront. The game places you as a young boy befriending a huge beast as you go together on a journey throughout the game. If you are a big fan of storytelling then Fumito Ueda is your guy. The mind behind this game also created Ico and Shadow of the Colossus.

On the other hand, if you just want something that doesn't have to make sense all the time, then pick up Dead Rising 4. Take control of Frank West, the ultimate badass when it comes to tearing apart zombies. The game returns players to Willamette Colorado during Christmas. Revisit the very same mall that started it all, wow, I just made a rhyme back there.

Same as their stories, the gameplay for Dead Rising 4 and The Last Guardian are different too. Ultimately, both games would want you to explore but other than that, there are lots of differences.

If you go for large-scale puzzles and is patient enough to solve them without falling fast asleep, then The Last Guardian is for you. Trico will be there to assist you, this gigantic gentle griffin is your best friend in the game.

Dead Rising 4, well, it's still a Dead Rising game. You need to think properly on how to get through hordes of zombies for each mission. Stealth or going Rambo, it's up to you. There's no giant gentle friend here, just waves of friendly zombies. Friendly enough to sink their teeth into whatever part of your body they can attach them to.If you're a gamer who loves crowds, this is for you.

Dead Rising 4 definitely bags this one as you can go with survival mode with friends online. However, there is no co-op option in campaign mode. Nonetheless, it's still fun to have friends around playing the game together.

If you prefer one player all the time, then by all means go for The Last Guardian. As its predecessors are, this game is for solo play. Could get a bit boring sometimes, which is good because you can rest your eyes and fall asleep, alone.

Why Chloe Frazer Is Chosen To Be The Protagonist In Uncharted: The Lost Legacy

Uncharted: The Lost Legacy trailer reveal during the PlayStation Experience 2016 definitely surprised the gaming community. One of the biggest questions now is - why is Chloe Frazer chosen to be the main character in the upcoming Uncharted stand-alone DLC?

The Last Of Us Part 2 News: Bruce Straley Will Not Return To Direct; Troy Baker Speaks Up Having Second Thoughts Auditioning For Joel Role

The Last of Us 2 reveal was indeed huge! However, the director for the original game won't return, will it affect the upcoming game? Troy Baker admitted he almost walked out of the audition for the role of Joel.

Sony Interactive Entertainment has revealed that pre-orders for the upcoming action-adventure exclusive title The Last Guardian have exceeded their original expectations.

The Last Guardian Gets A Big Price Drop

After a favorable reception from gamers and critics worldwide, The Last Guardian now gets a big price drop.

Capcom has announced that the upcoming patch will include new costumes based from "Street Fighter", new difficulty modes, as well as a free trial for Xbox One.

Lockers and bunkers hide blueprints and other cool stuff you can use in Dead Rising 4. However, you need the keys to them first.