Final Fantasy XV Guide: Where To Find The Best Weapons 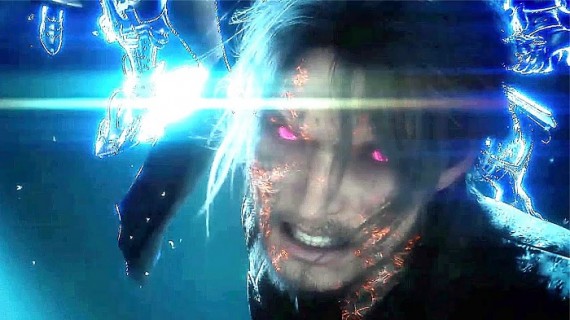 One of the things that make Final Fantasy XV a sure hit is having an impressive post-game content. And mind you, it isn't exactly the same with what other games in the franchise offer. People just love how things can progress despite the end of the main story. But of course, it can't be denied that the post-game is quite difficult. You can't simply dominate it in one single sitting. More importantly, you need to be equipped with the right weapons. With that said, we've listed the best weapons the game can offer as well as information on where to get them. You can thank us later!

This one here can give massive damage to enemies especially when Noctis' stamina is low. It kind of works like the character's escape mechanism. But apart from that, the attack stats it offers are quite magnificent, too. It's equipped with 202 Attack, +3 Critical and +12 Max on MP.

This Final Fantasy XV weapon can be acquired after completing the (side) quest that Randolph will give. This will happen once you're able to reach Chapter 15's post-game. The NPC can be located at the back-alley somewhere in Lestallum. Note: it's best to do this quest when you're level 80 at least, as you'll be fighting a Phalaris.

Ah, this is just probably the nicest sword to have in the game. It's basically Noctis' iconic weapon, only that it's upgraded. Whenever you're able to kill an enemy, it tends to absorb all elemental energy there is. It's equipped with 208 Attack, +40 Max MP, +3 Critical and +30 Magic. The Ultima Blade can be found by following a quest called "A Better Engine Blade" with Cid.

In Final Fantasy XV, the Balmung is just so meticulous. It offers a dashing attack stat, partnered with some bonus damage. The latter happens whenever you're low on MP and processes in each hit. This one here can be acquired at the Steyiff Grove Dungeon. The dungeon, in particular, is something that you can visit in Chapter 7 with the help of Aranea. However, in order to really obtain the item, you have to wait until Chapter 15 happens. There are doors in the dungeons that can only be unlocked once the said chapter is reached.

It's safe to say that the Dominator is one incredible greatsword to have. If slaying demons is your main, then this one here is a great buddy due to it being an elemental sword. It's equipped with 265 Attack, +2 Critical, +298 Max HP and +32 Dark Resistance. To get this sword, simply go inside the buildings situated in Alstor Slough (North) in Duscae. But don't worry, you can also acquire this in various post-game locations such as the Keycatrich Trench Dungeon by the time you reach your first camp.

If you like two-handed greatsword, then the Apocalypse is nice steal. It's just the best among the best. It gives out massive bonus damage, most especially when you're low on HP (below third or something). It's equipped with 332 Attack, +2 Attack and +403 Max HP.

What are your thoughts on this Final Fantasy XV guide? Which one is your favorite (and the least)? Do you have any other weapons in mind that you can add to the list? Be sure to share us your answers at the comment section below!

Final Fantasy XV Holiday Pack: What We Know So Far

Wondering what cool stuff are coming to Final Fantasy XV via the Holiday Pack? Check it all out here!

Do you agree that Final Fantasy XV needs a couple of improvements and/or upgrades? If so, check out the fixes we want to see in the game!

Final Fantasy XV Guide: How To Fish Like A Pro

Having a hard time acquiring the best catch when fishing in Final Fantasy XV? Well, you need to check out this guide!