Samsung Galaxy S8 Or Galaxy Note 8: Which Smartphone Is Greater To Buy? 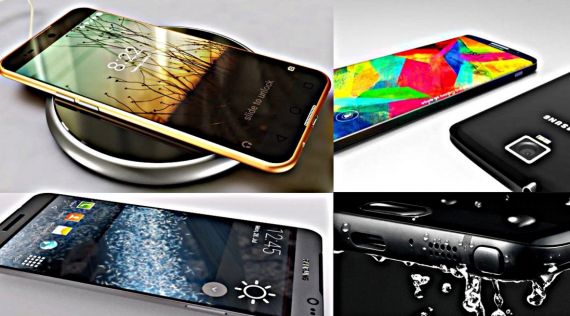 Samsung is said to unveil its new flagship smartphones, those are the Galaxy S8 and the Galaxy Note 8. If this two devices will be both seen this year, which do you think is greater to buy?

The Samsung Galaxy Note line of phablets is focused on pen computing, as reported by Forbes. The smartphone devices have extra software features that geared towards the pen, including taking note capabilities, digital scrapbooking and even split screen multitasking. While these boastful features could be replicated on the Samsung S series of smartphones too, the South Korean tech giant has resisted doing it so for many years.

Earlier this year, many rumors and speculations are claiming that the upcoming Samsung Galaxy S8 will also allow users to use S-Pen for their own devices. Yes, that is right! Therefore, the most anticipated phablet, Samsung Galaxy Note 8, is not the only Samsung product that will come with a stylus, but the Galaxy S8 too!

Here is an update of comparison to know which Samsung Android smartphone will be good for your needs.

According to The Country Caller, it’s no secret that many users, especially Android peeps, regard the Samsung Galaxy S7 as the best smartphone device to have ever been released in the market. However, Samsung is expected to introduce further important upgrades in its next flagship smartphone device. The upcoming Samsung Galaxy S8 is widely tipped to sport a 4K resolution display, which will allow all the users for a greater VR experience.

Aside from that, the smartphone device is also tipped to incorporate a longer-lasting battery life and a more powerful processor compare to any other existing Samsung device. The latest speculation claimed that the Galaxy S8 will be powered by Snapdragon 835 processing chipset. Furthermore, recent rumors and speculations have been adamant that Samsung is set to introduce in-house developed artificial intelligence software to be seen on its Galaxy S8 in order to counter the likes of Apple's very own Siri.

Earlier this week, a promotional video ad has been leaked regarding the upcoming company's flagship. From that scene, Samsung has shown off new AMOLED panels which are widely expected to be used in the company's upcoming Galaxy S8. The promotional video boasts the latest super AMOLED screen technology with a high screen-to-body ratio. The smartphone device's front-panel is covered by display up to its tilt on both the top and bottom. Meaning, there is no enough space for linings or even edges. Also, there is no dedicated space for a physical button even for a small area.

Based on a review I made just earlier this week, there are 5 expected features we can see on the upcoming and most anticipated phablet, the Samsung Galaxy Note 8.

First is that it will have a dual screen display. The upcoming Galaxy Note 8 is expected to come with an outwardly folding dual-screen display.

Second is the increased RAM and internal storage. The Samsung Galaxy Note 8 is expected to come with 6GB RAM and 128GB onboard memory in addition to its expandable storage via MicroSD card.

Third, the Samsung Galaxy Note 8 is expected to come with a revamped S-Pen stylus. Since this device is considered to be a phablet, of course, people will need to use a greater stylus.

Since Samsung has already started sourcing batteries from LG, the fifth feature of the upcoming Galaxy Note 8 will be a batter that is not like in the Galaxy Note 7.