3 Tricks To Get The Best Of Your Google Pixel Phone 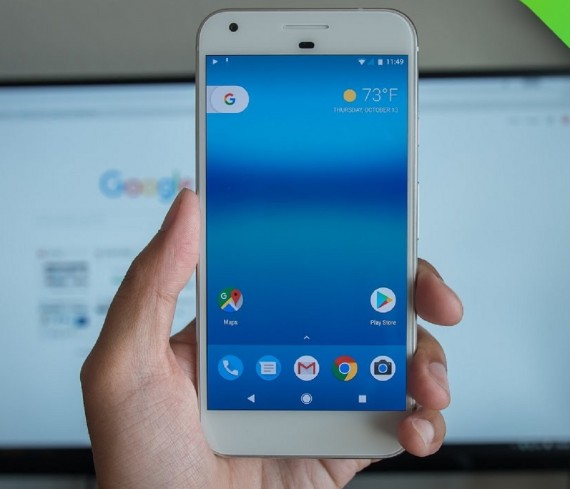 In addition to the Galaxy S7 Edge, many analysts considered the Google Pixel as the greatest smartphone released so far, being an outstanding hit from the search giant in the market. (Photo : Android Authority/YouTube)

The Google Pixel phone was definitely one of the greatest mobile devices released in 2016, thanks to an incredible performance and an exquisite simplicity that turn this mobile device into something out of this world. If you already have one of these handsets and want to get the best out of it, here are three important tricks that will help you do it.

How To Take Screenshots With The Google Pixel

One of the greatest and useful things you can do with any kind of device is to take a screenshot, given the fact that it will allow you to freeze the image you were seeing on the display and use it as you like, or share it with any person you want. Although there are still some mobile devices that can´t make this endeavor, the Google Pixel actually can, and is easier than you could ever imagine it.

The first thing you have to do is simply go to the screen you want to take the capture and choose the best angle, considering that the tricky part about this endeavor is that any single wrong detail can easily ruin your screenshot. Once you´ve made this decision, press and hold the Power and Volume Down buttons at the same time just for a few seconds, and the Google Pixel will save the screenshot. If you´ve done it correctly, you should see the capture at the top of the display.

How To Customize The Google Pixel´s Home Screen

Although this isn´t exactly the most useful thing in the world, being able to customize mobile device´s home screen has become something that almost every single smartphone should offer to the user in order to meet expectations, given the fact that this is something that most of the customers loves to do with their phones. In fact, the ones that usually do it are the young users, which are the vast majority of people that use smartphones nowadays.

Naturally, you can customize the home screen in a Google Pixel phone, and the first thing you need to do to make it happen is to simply tap and hold anywhere on the home screen, and then tap Widgets. Once you´ve done that, the next step is to touch and hold a widget and then drag it to the home screen of the Google Pixel phone, and if any outline with dots suddenly appears on the sides, just drag the dots to resize the widget. When you´re done, just tap anywhere outside the widget, and that´s it.

Play Music That Match With Your Current Mood

Although this is not exactly the biggest discovery in the history, listening to some music can be a hell of experience of your listening to one that fits with the way you´re feeling at the moment. Of course, this is something that can be done with any single mobile device, but the thing you can do with your Google Pixel phone is way better and useful.

The only thing you need to do is to open the Google Play Music app, and just select how you´re feeling at the moment. Once you´ve done that, just select the type of music you would like to hear, and download it on the Google Play Music for Chrome browser on your computer. Finally, once you´ve already uploaded the song to the Google Music app, you will be able to the entire music collection you just made on your Google Pixel.

3 Incredible Smartphones That Will Be Snubbed This Year

Although there are incredible smartphones coming out, it is quite possible that they will end up being snubbed and underrated for the customers.