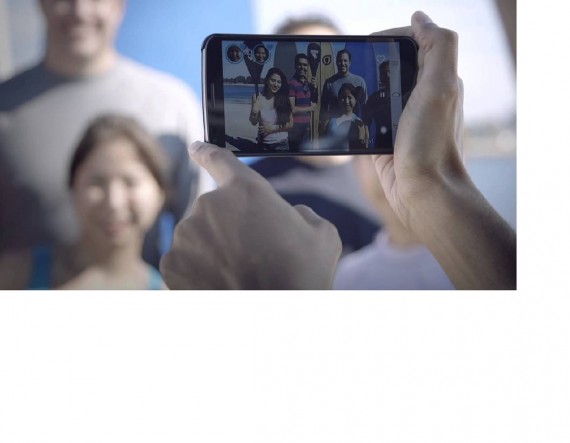 The facial recognition system will be the newest way to unlock the iPhone 8, which is something that is causing a lot of concerns in millions of users that care about their privacy.<br /> (Photo : Quacomm Developer Network/YouTube)

Of every single feature that the iPhone 8 will have, the facial recognition system is one of the most controversial, given the fact that it would be the latest way of unlocking a mobile device. Although there are many who believe that this will be something incredible, there are reasons to think that this is a feature that could actually fail.

The thing about innovative features is that they tend to be so overrated that its lack of utility ends up being discovered no matter what, and from that moment is started to be seen as something so over the top that customers will see it as something cheesy and ridiculous. Just as the hockey puck mouse, Apple might suffer this delicate situation with the facial recognition of the upcoming iPhone 8.

If you´re asking why this might happen, let´s say that this is a feature that represents a modern version of something so irrelevant as the fingerprint sensor or any other way to unlock your mobile device. Does it look like something out of a movie? Is true. Does it look great and futuristic? That´s also truth, but the real question would be if the facial recognition system would offer another utility rather than just recognize your face and allow you to use the iPhone 8.

It Can Be Quite Annoying

Let´s imagine a hypothetical situation: for some reasons you´re having an emergency and needs someone to take your iPhone and look for the phone number of a contact. You just have to tell that person the name in which is written on the mobile device, the password to unlock it, and that´s it. Unfortunately, this is something that might be practically impossible with the facial recognition system of the iPhone 8, given the fact that the only way to unlock it, is to use a face that has been already recognized by the handset.

In fact, the iPhone 8´s facial recognition system could even lock the handset if someone who it hasn't been recognized before will try to use the mobile device. Although this is a security measure that definitely has some advantages, it would be extremely annoying most of the time and will become more an issue than a solution.

This will definitely become a new dilemma for Apple fans, given the fact that what the company made with the San Bernardino shooter´s case was applauded by them, considering that the tech giant was taking a pro-privacy stand, claiming that unlocking the terrorist´s handset would set a delicate precedent in which security agencies would now have the opportunity of breaking into anyone´s iPhone.

Although there are people who display a paranoid attitude, it´s a fact that a facial recognition system on the iPhone 8 will mean that there´s more personal information that a software is collecting from their users. This might have delicate consequences in the privacy issue, which is one of the fields that Apple´s fans are more concerned about. So obviously, it would be a huge surprise if they end up endorsing the facial recognition system of this new flagship.

As a matter of fact, the facial recognition system is something that any other tech companies are using for commercial purposes, and there have been incredible reactions for many users who don't agree with this feature.

ProtonMail Teams Up With Tor To Fight Totalitarian Governments

Although statistics reveals that we´re living in a safer world, one of the bigger issues right now is how privacy is getting compromised by government, being the reason why companies as ProtonMail or Tor exist.