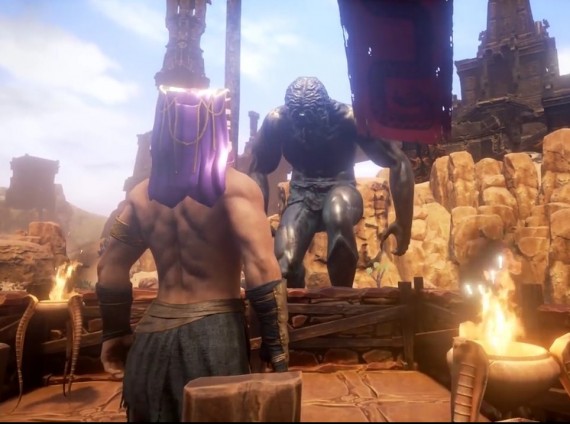 Funcom promised that gamers would find Conan Exiles thrilling and exciting. But reports say that there are some issues that prevent gamers from fully enjoying the game.<br /> <br /> (Photo : GameNewsOfficial/YouTube)

Fans who are eagerly waiting for Conan Exiles got their first taste of the video game when they were given early access on Steam. This game, developed by Funcom, features an open-world environment with Conan the Barbarian as its main character. He has to survive in the brutal world that he finds himself in.

The Game Developer Has Some Issues To Address

The game developer has moved heaven and earth to give Conan Exiles a smooth launch. But unfortunately, some gamers who have tried playing the game saw many things that still need to be ironed out. The game suffered a lot of snags and glitches that affected its otherwise nice graphics and challenging gameplay.

It appears that there are things in Conan Exiles that didn't materialize as Funcom planned them. Gamers are reportedly experiencing FPS performance drops, crashes and freezes among other things. If this is really true, then you might not fully enjoy the game, regardless of its bells and whistles.

It's Difficult To Level Up In Conan Exiles

One gamer, in fact, observed that even after playing Conan Exiles for nearly six hours, he (Conan) is still half-naked. His weapons which he uses to give his coup-de-grace to his enemies are still ramshackle and primitive. They say it is because it's difficult to level up in this video game. And they believe one of the reasons for that is the situation of its current server.

Conan Exiles have been available on Steam for about a week now. But some say that the video game's servers are still lagging. There are some unintended benefits to this such as the one experienced by a gamer when he was able escape the fangs of a crocodile because of the games sluggishness. But that is not the intention, though it may somehow appear to be advantageous.

Fortunately, There Are Some Early Fixes

But luckily, there are some fixes available for some of the issues in Conan Exiles. Like the one for blank screen as you start the game. If there is nothing happening on your screen after you've switched the game on, you can choose to wait or you can end the task by the usual CTRL+SHIFT+ESC and manually end the game.

Wait a few seconds and then re-start the game. If your hardware is just about the minimum requirements of the game, you might encounter this problem. The only way you can avoid this problem for cropping up again is to upgrade your hardware to the recommended specs of Conan Exiles.

Fans Are Hoping That The Issues Will Be Resolved

A more complicated issue of Conan Exiles is when there are no servers available in the browser. If not even one server is listed in the browser, check the "Community" and "Combat" lists. They must be set to "All." You should also set the filter to the "Internet." But if you find that the in-game server browser is still blank, you can choose to use the Steam server list tool which is "View-Servers."

As it is, Conan Exiles is still in the stage of Early Access. Fans are hoping that its current issues, especially that of the servers, will be ironed out in the near future. Addressing these issues and providing fixes for them is the only way gamers will really latch up to the game. Funcom must surely be hard at work providing the solutions.

The CEO of Electronic Arts has announced that the Star Wars Battlefront Update will be bigger than the original game. It will also offer better contents.

The upcoming DLC patch of Final Fantasy XV update will put Gladiolus on the spotlight. Here’s what we can expect from this latest update of FFXV.

The Month of Hearts is not only for the romantics. Gamers should also expect exciting video games to come out this month.

Funcom has recently confirmed that it will release the Conan Exiles Xbox One X update soon. A new expansion of the title is also up and coming.

Fans got very excited as Funcom reveals the future updates for Conan Exiles.

Conan Exiles Lacks An Interesting Feature On The Xbox One Version

Conan Exiles on the Xbox One lacks one of the game's more controversial features.

FaZe Clan Gets Another Esports Celebrity! Will This New Member Make Them Champions This 2020?