Final Fantasy XV Rumors: What Can We Expect From The VR And PC Versions Of The Game? 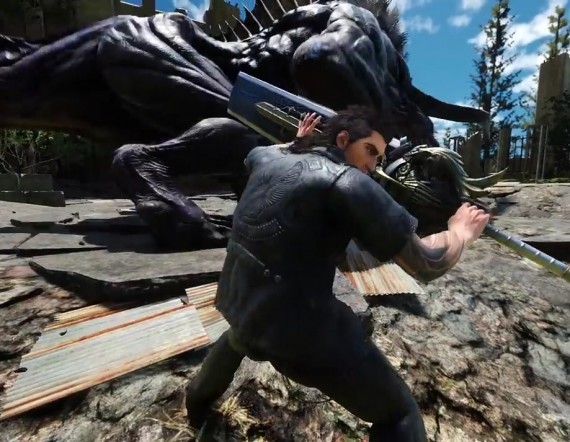 Final Fantasy XV will someday be playable on PCs and VRs if the plans of the game developer will not be scuttled. (Photo : PlayStation/YouTube )

A recent interview granted by Hajime Tabata to Famitsu magazine has revealed, among other things, some details about the future of Final Fantasy XV. Specifically, the director revealed his ideas about the video game having VR and PC versions. In other words, there is a possibility that FFXV will be travelling to these two platforms.

A Recent Interview Granted By The Director Revealed Some Details

In his interview, Tabata discussed the possibility of developing VR and PC content for Final Fantasy XV. He was asked about releasing FFXV to PC. In his reply, Tabata said he wants to release it on PC as a technical attempt. The director added that he wanted to demonstrate to PC owners that the game is capable of running on high-end machines.

Tabata also added that he would like to create a PC version of Final Fantasy XV in order to develop a unique way of playing the game using features that are only available on PCs. He said this will enable players to make their own quests. They can also enjoy the world of the game by means of mods.

What Can Be Expected From The PC Version Of Final Fantasy XV?

In a report that came out last October 2016, Tabata gave a hint as to what can be expected when Final Fantasy XV is released on PC. He said that if they will work on a PC version, they would provide a better version of the video game than what is now available on consoles. And then he mentioned that it will take them over a year because they have to adapt the engine, and from there will develop its source.

Final Fantasy XV is only playable in Xbox One and PS4. These are the only two platforms where the game can be played since its release last November 2016. But Tabata and Square Enix is very much aware that there is a massive PC audience for the game. It will be a shame if this market remains untapped.

Tabata also made some comments about his plans for the future content of Final Fantasy XV. He wants to enable travelling in the Regalia so that players can explore the game's open world. But he knows that he faces a lot of difficulties to be able to do this. There are the possibilities of bugs and glitches that could impede the development process.

With respect to glitches that some inquisitive players have discovered which enabled them to explore places that were previously inaccessible in Final Fantasy XV, Tabata said they were not intentional. He said he will re-do some of these areas in the following updates. But this would take years, he added.

A VR Support Is Already Being Developed For FFXV

In his interview with Famitsu, Tabata also discussed the possibility of making a VR support for Final Fantasy XV. He mentioned that they are already developing VR support for the game. However, they are not too far enough into the process that will give them enough confidence to announce a release date. As VR is the current craze and a technology that has already advanced enough, we should also expect that the FFXV version will be much better than its console cousin.

Final Fantasy XV Guide: Skills You Should Have To Win In This Game

If you want to rack up your level in Final Fantasy XV and win in this game, you need to develop some of the most important skills needed to dominate.

The upcoming DLC patch of Final Fantasy XV update will put Gladiolus on the spotlight. Here’s what we can expect from this latest update of FFXV.

A Final Fantasy XV Active Time Report will be held soon. It will be a livestream event where the director and marketing manager will unveil their future plans for the game.