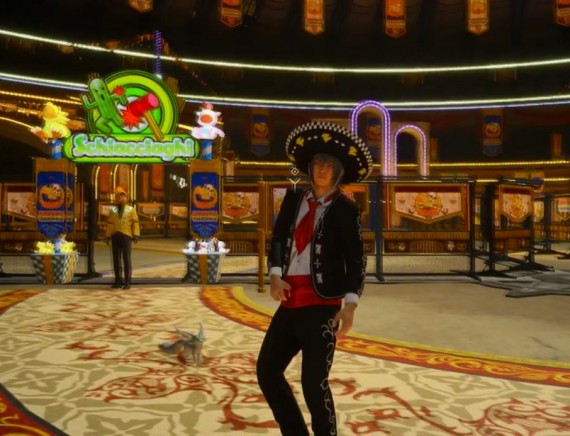 You will be happy with the latest Final Fantasy XV update. This patch has some improvements that will make you enjoy the gameplay even more. (Photo : Poxo/YouTube)

Final Fantasy XV is getting an update on Feb. 21, 2017. This latest patch is part of the things that were revealed by Square Enix in its 30th anniversary event. The new features that are included in this latest patch are designed to improve the gameplay and your overall gaming experience.

This update is just one of the things revealed in the company's 30th anniversary. The Final Fantasy XV update is also considered by the game developer as its New Year patch. In this regard, the company's Active Time Report live stream officially announced that the game will receive three DLC packs.

The patch that will be released on Feb. 21, 2017 is the first DLC. It will be followed by the second patch at a later date. But the exact date was not yet confirmed. This second patch will contain the Booster DLC and the Booster Pack Free. The third DLC patch is scheduled to roll out on March 28, 2017.

With this Final Fantasy XV update, PS4 Pro owners will be able to play the game at 1080p and 60 fps. That will surely improve your gaming experience because of the HD quality visuals and the seamless pacing of the action. We all know that this game has some fast-action scenes that consoles with lower quality specs can't keep up with. Immersing in the open world of the game will be more thrilling.

With regards to level cap, gamers will now be able to get further up with the Final Fantasy XV update. The maximum level has been jacked up with this latest update. You can now go higher from 99 to a maximum of 120. That is more than 21 notches higher. You might be wondering what you'll find when you're already up there. Perhaps at those levels you will find more menacing enemies and hard-to-complete challenges.

But Square Enix did not offer any information whether the enemies that you'll find in these higher levels will also have higher level caps. Perhaps they will be higher as well to maintain fairness in the gameplay. Then you'd better be prepared for more challenging battles and the resulting bruises.

Updated Features Are Implemented Due To The Clamor Of The Fans

The features included in the Final Fantasy XV update were included because of the clamor of the fans. It's good that Square Enix has heeded their calls. Specifically, owners of PlayStation 4 Pro wanted the video game to have a 60 fps frame rate. This will make the action scenes appear seamless just like you're watching a full HD movie.

But it appears that the update will not be capped at 60 fps. That means players will get more than what they've asked for. And if you will consider that the Final Fantasy XV will also offer 1080p resolution that would mean great enhancement in your gaming experience.

The game developer also said that the Final Fantasy XV update will have no effect on your accumulated EXP. The latest information given by Square Enix is that the EXP that you gained before the update will not be stacked towards the future EXP you will gain after. According to the game developer, after this update release, you can only gain EXP on levels beyond 99.

Square Enix will soon release a new patch for Final Fantasy XV that will enable gamers to take pictures in-game.

There are players of Final Fantasy XV who are already adept in manipulating the characters of the game. But do they know the little details about their back stories? Here are some of those details.