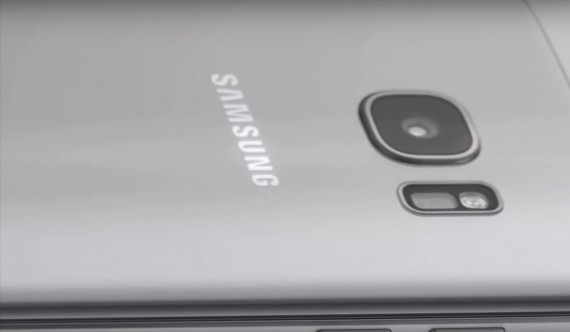 The Samsung Galaxy S8 is a premium smartphone that is set to be released in March 29. It is packed with amazing specs and features that can be considered the best smartphone of 2017. (Photo : Explore The Gadgets/YouTube)

The Huawei P10 Plus is the premium version of the Huawei P10 that will both be launched this year. The Samsung Galaxy S8 on the other hand also comes with two models that are both highly anticipated by many tech enthusiasts.

For this article we will be covering the rumored specs and features of both devices and see which flagship smartphone is better. Please also note that the specifications and features of the Galaxy S8 will be based on Evan Blass' leaks and the leaked photo obtain from Weibo.

There is no design leaked yet for the Huawei P10 Plus, so we will focus on the Galaxy S8 instead. For its design, the rumored fingerprint scanner located at the right side of the rear camera is said to be a flash for the camera. It will have a Type-C USB port and an iris-scanner. Regarding the headphone jack, it's hard to tell.

The Huawei P10 Plus is reported to have a 5.5-inch Quad HD curved edge screen with a massive screen resolution of 2560 x 1440 pixels. Aside from that, there is nothing else.

On the other hand, the Galaxy S8 will have a 5.7-inch screen and a 6.2-inch screen, both with Quad HD super AMOLED display and a screen resolution of 2560 x 1440. Regarding its display design, it will be a "virtually edge-less screen," which means that the physical home button with be ditched and changing it to software buttons instead.

The Huawei P10 Plus is rumored to house its company's own in-house chip, a Kirin 965 chipset. For its operating system and other things, there was no mention.

The Galaxy S8 will be powered by either a Snapdragon 835 or the Exynos 8895 processor, depending on where you buy it. There was also no mention what OS will be is running on, but if you ask me, I am guessing it will be Android Nougat that leaves another question, which version?

The Huawei P10 Plus is reported to have a 12 MP dual camera sensor packed with Leica optics on its rear and an 8 MP camera at the front. With the Galaxy S8, latest reports are suggesting that it will have a 12 MP rear camera and a 5 MP font-facing camera. And if you ask me, I personally don't think will be a 5 MP camera, it's just too cute.

There is no information yet as to what battery will the Huawei P10 Plus will be packing, but we do have information what the Galaxy could be having. According to reports, the Galaxy S8 will have a 3,250 mAh battery.

Both smartphones are powerful in their own right (with the Huawei P10 Plus being cheaper), but if I must choose between the two, it will be the Galaxy S8. Well, this may sound a little bias, but Samsung is well-known for its tech prowess, except for the Galaxy Note 7 fiasco that really tarnished that image. And being a Samsung user myself, I will give Samsung the benefit of the doubt.

I mean, they even delayed the unveiling event just to conduct more tests. Also, they are being "very" picky in choosing who will be their suppliers for the batteries to be placed on the Galaxy S8. If that is not worth praising, I don't know what is.

Samsung is hoarding the new Snapdragon 835 chipset for the Galaxy S8, but does this ensure the success of the premium smartphone?