Clash Of Clans Christmas Package Set: What We Know So Far 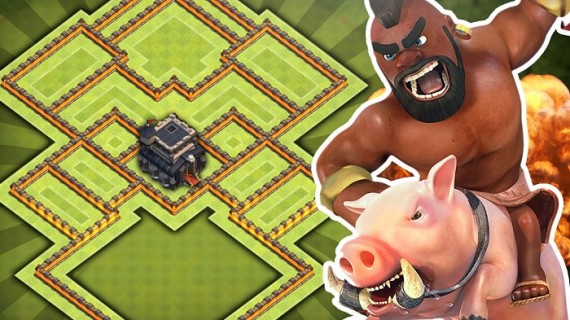 Supercell is believed to introduce the so-called Christmas Package Set to Clash of Clans in the early weeks of December. (Photo : Eclihpse/YouTube)

The Yuletide season is fast approaching, and Clash of Clans players can certainly expect Supercell to introduce an event. While there's no certainty as to when this gig will happen in December, there are rumors about a certain Christmas Package Set coming. Of course, one can say that it'll introduce a couple of hefty features. So far, here's everything we know about it.

The Purpose Of Clash Of Clans Christmas Package Set

According to the latest reports about the hit mobile game, the forthcoming content is there to bring the title's glory back to where it belongs. It's no secret that since Niantic released Pokemon GO, the competition in the mobile industry grew bigger. Unfortunately though for Supercell, the Pokemon game is winning the race. Not to mention the popularity it has despite the recent decline in player pool.

What The Clash Of Clans Christmas Package Set Offers

Rumor has it that the aforementioned Clash of Clans pack will introduce a brand new gameplay. As previously reported here at iTech Post, players will be able to fix the damaged shipwrecks. And once done, they can use it their own advantage. It may include rewards such as items and/or gems, but the specifics have remained a mystery.

It's believed that such feature rooted from the domination of Pokemon GO. That Supercell is actually willing to give its players the chance to earn more resources -- from fixing broker structures -- just to lure them back into playing the game. And what better way to introduce such generosity but through a Christmas event, right?

Aside from the aforesaid features, XP boost is also part of the rumored Clash of Clans Christmas Package Set. Players will be able to level up their Town Halls pretty much faster than before. But of course, this will be a timed event, so it should be the players' discretion to use it to their own advantage. Aside from the boost in experience points, new items will also be rewarded. These could be introduced in a form of loot or stuff that players can see in their village. Either way, these are all interesting additions.

As of this writing, Supercell has yet to comment or put out a word regarding the Christmas Package Set. However, as the name suggests, it should be expected anytime next month. Or perhaps, this will commence in the first week of December. It could be introduced via an update, which is something specifically developed for the event. Furthermore, if there's truth to this, the studio could make official announcements anytime soon. Maybe before November ends or sometime in the first week next month.

What are your thoughts on Clash of Clans as well as its competition against Pokemon GO? How about Supercell introducing the so-called Christmas Package Set? What are your expectations for this? If there's one thing you'd like to see from this content, what would it be? Tell us what you're thinking at the comment section below!

Are you excited for the next Clash of Clans update in December? Check out the features it'll offer here!

Top 4 Clash Of Clans Secrets You Need To Know Now

Want to have some leverage in Clash of Clans? Well, better educate yourself with these secrets now!

A new update for Clash of Clans is believed to arrive in December. Here's what it's going to offer!