League Of Legends Guide: Top Mistakes You Need To Avoid To Win In This Game 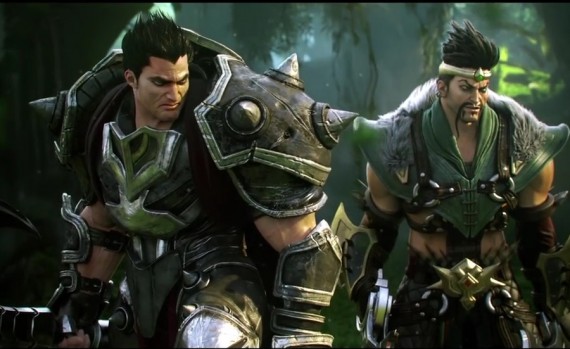 Some players of League of Legends kept on losing their matches because they commit mistakes. Here are the most common mistakes players commit in this game that you must avoid. (Photo : League of Legends/YouTube )

In playing League of Legends, the team that most often wins is the one that makes the least mistakes. You are only human, so there will come a time when you will commit mistakes given the complexities of this video game. Hopefully, you have learned from your mistakes that cause your team to lose some matches. If you want to win more of your matches, you need to avoid committing the following mistakes.

You Are Not Building The Right Items

In League of Legends, you need to react quickly to what the opposing team is doing. Their goal is to defeat your team so you must watch out what they are doing and react quickly. Most pros of the game constantly look at the scoreboard. They do this to see the items that the opposing team is building so that they could properly respond. If you constantly build with the same item over and over again, the other team will know how to defeat you. In LoL, you need to build reactively.

You Have Not Internalized The Minimap

Your team should not ignore the importance of the minimap. It is very vital for your team to remember the configurations of this minimap in League of Legends. You have to review it, keep it to your memory and internalize it. The reason is that you need this knowledge to predict the movements of Junglers based on their location in the minimap. This will help you to predict where they could be or where they are going so you'll be prepared when they pop up on your lane.

You Are Continuously Pushing The Wave

If you continuously push the wave in League of Legends, you will run the risk of being ganked. Junglers always look for an enemy laner that is continuously pushing the wave to the turret. In other words, it will be easy for them to spot where you are. So, if you know that your enemy is nearby, stop shoving the wave or you'll get ganked.

You Still Play Carelessly After Being Ganked Several Times

Carelessly playing after being ganked a couple of times is a sure way to lose in League of Legends. When you get ganked a few times, play it safer. You need to do this even if you think you are winning in your matchup. Whenever you have a natural laning advantage, be aware that this can be predicted by the opposing jungler. Just camp your lane and play it safe.

You Are Not Pinging Your Teammates Enough In League of Legends

If you are not pinging your teammates often, you cannot effectively coordinate your map movements. But by liberally using smart pings, you will be able to help your team tremendously in knowing the whereabouts of your enemies. Ping your teammates whenever an enemy leaves the lane, when your enemy is over-extending, when you want to gank/teleport to the other lane, and each time you see the opposing jungler.

You Are Giving Up Even Before The Match Is Over

It is easy for you to get discourage when the match appears to be going the way of the opposing team. This negative feeling may affect your teammates and the outcome of the game. In League of Legends, the most exciting reward is when your team comes back from a deficit and eventually wins the match. Keep at it and you will soon see the tide of the game changing.

A new trailer of League of Legends Warwick Rework has been released recently. It features a werewolf hunting party and shows the big changes made on the video game.

League Of Legends Warwick Rework Update: Did Singed Experiment On This Champion And Turned Him Into Wolverine?

There’s a theory going around that the League of Legends Warwick Rework tells of the experiment of Singed that transformed Warwick into the Wolverine.

It seems Riot finally wants to make use of a voice chat system in "League of Legends." Check out the full details here!

League Of Legends: Character Designer Shares Thoughts On Including An LGBT Champion

LGBT League of Legends fans might finally be getting their long-awaited representation in the MOBA.